Automobile air pollution is a well-recognised source of illness in urban environments. In response, smart cities monitor and move to reduce it.

But what about traffic noise, car honks, sirens and revving motors?

Cities are significantly noisier than rural areas. Almost a third of Europe’s population lives in areas where noise levels exceed the 55 decibel sound limit recommended by the World Health Organisation.

Until recently, urban noise was considered a mere annoyance, a by-product of living in close quarters on busy streets. Yet new research in Denmark funded by the European Research Council demonstrates that it causes stress, disturbed sleep, serious illness, and can even increase the risk of heart attack or stroke.

Mette Sørensen, senior researcher in the Department of Environment and Cancer at the Danish Cancer Society, is leading this cutting edge research. In her study ‘Diet, Cancer and Health’, she collected data from more than 57,000 citizens of Copenhagen and Aarhus between the ages of 50 and 64.

The data was fed into a computer model called SOUND PLAN that maps the Danish road systems and estimates noise levels, examining both participants’ medical histories and residential addresses. The model takes into account the number of vehicles passing through residential areas and the number of lanes of traffic on each road, differentiating between light and heavy traffic.

Sørensen’s conclusions are striking: for every noise increase of 10 decibels, the risk of heart attack increased by 12 per cent and the risk of stroke by 14 per cent. In those over 65, the risk of stroke increased by 27 per cent. Her results hold up, even after accounting for other factors that might influence stroke risk, including age, gender, smoking status, physical activity, intake of vegetables, exposure to noise from railways and airports and exposure to air pollution. 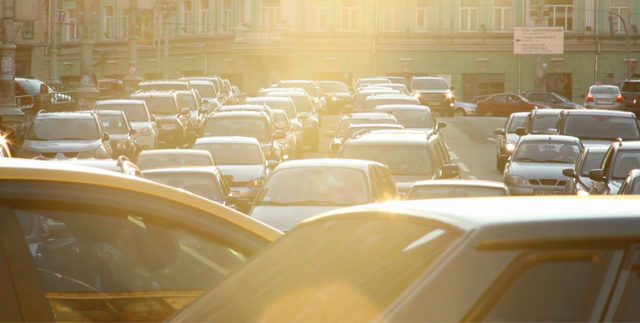 Why? The Danish researcher hypothesizes that exposure to noise increases blood pressure and causes changes in levels of stress hormones, which may contribute to the increased risk of stroke. In addition, exposure to traffic noise may also lead to sleep disturbances, which can contribute to stroke risk.

Noise acts as a stressor and disturbs our sleep. It is the sleep deprivation that is harmful to our health, says Sørensen.

As much progress as Sørensen has made, she says much more remains to be discovered. “There is limited knowledge of the harmful effects of traffic noise,” she says. Apart from cardiovascular diseases, the impact of noise on other diseases has been, “virtually unexplored.”

The European Research Council has awarded her a new €1.3 million five-year grant to establish her own research group focusing on other health consequences of traffic noise, including effects on fertility, birth weight, cognitive performance, infections, cancer, cancer survival, health-related quality of life and health behaviour.

In response to this stark evidence of the health impact of car noise, the European Union is keen to encourage cities to turn down the volume. The European Environment Agency recognised the Dutch province of Gelderland for its success in implementing solutions that cut traffic noise. These include: reducing the number of traffic lanes, sinking local roads and building small sound barriers.

Another solution is to use more advanced road building materials. A study commissioned by the Austrian government showed that introducing synthetic rubber to the classic asphalt mixture can reduce traffic noise by up to 8.2 decibels.

Sørensen herself shies away from making policy prescriptions. She wants to avoid the raging debate over how much to limit traffic in cities. But her research indicates that, one way or another, the car must be reigned in, as much for its noise as its gas emissions.

William Echikson served for three decades as a foreign correspondent in Europe for a series of US publications including the Christian Science Monitor, Wall Street Journal, Fortune, and BusinessWeek. From 2001 until 2007, he managed the Brussels bureau for Dow Jones as bureau chief. William also has written, directed and produced for television documentaries for BBC and America’s Public Broadcasting Service.