Why Every City Should be a Sharing City

A few years ago, my life changed dramatically. My house, with all my belongings, burned down to the ground and I was left with nothing. In the weeks that followed, I had to depend on the people around me. I slept on their couches and borrowed their things. It changed my perspective on human nature. I discovered that people love to share. In fact: we are wired for it. It’s this insight that inspired me to found my company, Peerby. And it is this insight that is driving our mission: to make every city a sharing city. 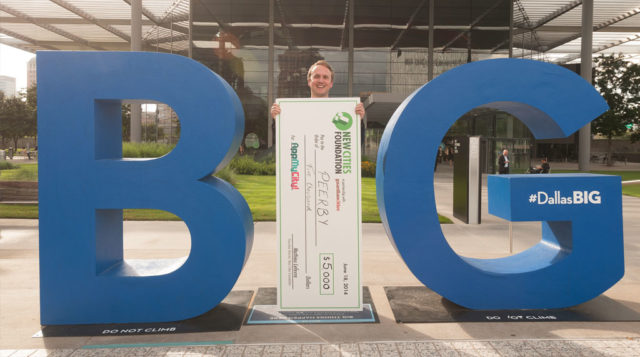 Human Beings Are Wired for Sharing

Long, long ago, far before the invention of cities and states, our ancestors lived in tribes. For thousands, if not millions of years, our ancestors’ lives were lived in face-to-face communities. We were bound by kinship relations, reciprocal exchange and strong ties to a single place. Living in these social groups enabled us to survive, by providing safety, food and companionship. Being connected to one another helped us to develop into the most powerful, most sophisticated species on the planet. Human beings are social beings.

Urban Life Has Left us Disoriented

Our capacity for being social has its limits. British anthropologist, Robin Dunbar, found a correlation between the brain size of primates and the average size of the social group they live in. By looking at the average human brain size and extrapolating from the results of primates, he proposed that humans can only comfortably maintain 150 stable relationships. Urban life is complex. An everyday place, like a mall, contains far more than 150 people. A ride on the subway during rush hour exposes us to more people than our ancient ancestors would probably see in their entire life. How are we supposed to deal with such an overload of social stimuli? Our brains don’t posses the processing power to connect to every single person we meet.

The immensity of modern day cities has left us disoriented. Our human nature makes us want to feel connected, but we don’t know to whom and how. In order to stay sane we’ve developed a way to ignore the people around us. We stare at the ground when we have to share an elevator with too many strangers. We’ve built walls around ourselves, physically and psychologically, in order to deal with urban life. It’s a way for us to stay sane and feel comfortable and safe. But as a consequence, cities are often places of anonymity.

Breaking Down the Walls

Imagine what would happen if our walls were transparent. We would suddenly be able to see that cities are places of unprecedented abundance. We would be able to see that we are surrounded by talented, caring people.  And that these people are surrounded by replicas of more or less identical concepts of a household; refrigerators, couches, TV sets.

Cities Are Places of Abundance

If walls were transparent, we’d see that cities are like humongous warehouses. Warehouses filled with products, millions, maybe billions of products fulfilling identical purposes. An estimated 80% of these products are used no more than once a month. The rest of the time they’re lying around in closets and cupboards, collecting dust and taking up precious urban space. Sheer endless amounts of goods – ranging from power tools and tents, to folding chairs, pressure cleaners and pots and pans. It’s all just sitting there, waiting for someone to use it.

Technology Can Help us Reconnect

Internet and mobile technology have made it easier than ever before to create virtual connections. But there’s an even bigger potential. Technology can help us create connections in the physical world as well. Smart algorithms can figure out who we should be connecting with, without having to deal with an overload of social stimuli. They can help us create meaningful one-on-one connections. Technology enables us to reconnect to our natural human behavior.

Connecting as a Solution for Many Global Issues

Many modern day problems are caused by a lack of connection. Roads are congested with cars carrying a single driver and three empty seats. Homeless people spend the night shivering in front of empty heated offices. Every day, we throw away enough food to feed a nation of starving people. If only we were able to connect our overcapacity with some of the scarcity around us.

My company, Peerby.com, is trying to address a subset of the many issues described above. Through a web platform and mobile application, we enable people to borrow the things they need from others around them. In our hometown of Amsterdam, we manage to fulfill 85% of all requests for consumer goods in seven minutes on average. But we won’t stop there.  We recently launched a City Program, enabling people everywhere to launch a local sharing community. Active sharing communities are now popping up in cities all over the world.

Why Buy if you can Borrow?

We give people access to the things they need without having to own them. This saves money for those who’ve been dealt a blow by the worldwide economic crisis. By connecting people to others around them, we are making neighborhoods safer and friendlier places. It helps us to reclaim precious urban space. Sharing is sustainable, because it reduces waste and carbon emissions and helps us make better use of resources. And it’s amazing to see how it helps build community.

That’s why I believe that every city should be a sharing city. Don’t you agree?

Daan Weddepohl is founder of Peerby.com, a website and iPhone app that enables people to borrow the things they need from others in their neighborhood.