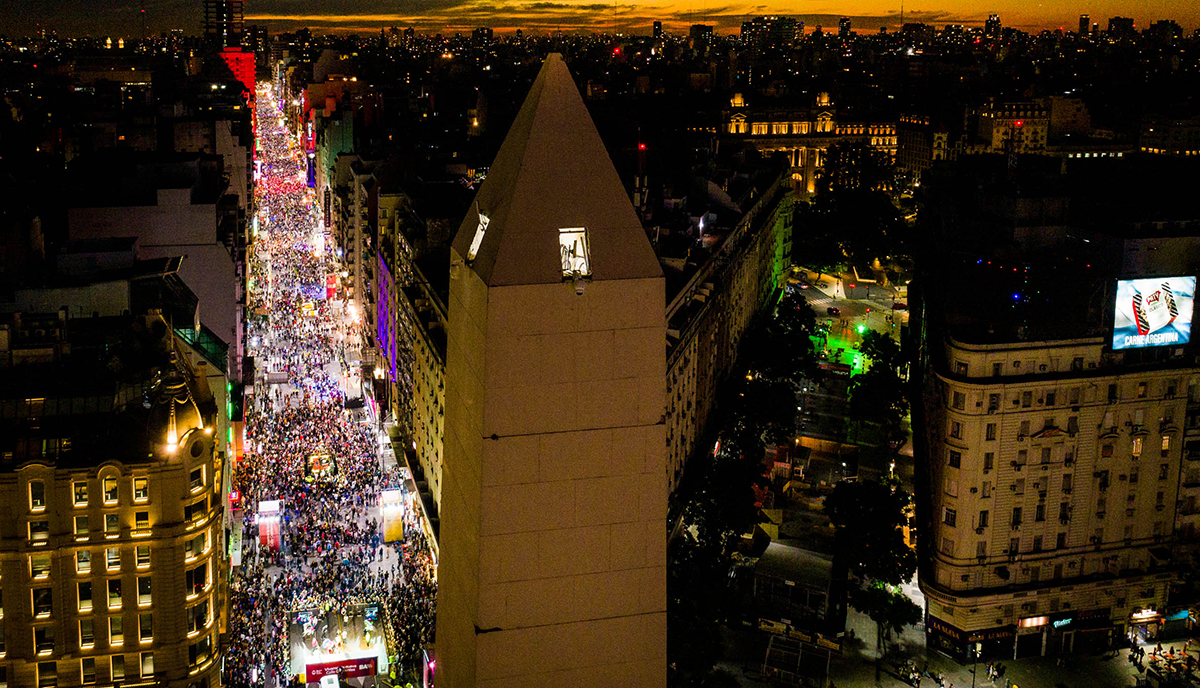 The nightlife of Buenos Aires is one of the attractions that both Porteños and visitors, value the most. Our city has one of the largest cultural circuits in Latin America, comprised of public, private, and independent activities. More than 400 bookstores, 150 theaters, and thousands of bars and restaurants make Buenos Aires a vibrant city with an intense nightlife. That is why we like to say that “something is always happening in Buenos Aires.”

Nightlife, gastronomy, and culture share a common characteristic: they can all be enjoyed in the streets and public parks. One of our main goals is to build a city where people want to leave their houses to enjoy what the city has to offer outdoors.

As a result, these sectors of the economy grow, and security improves: if people are in the streets, the streets become safer.

A great example in this regard is La Noche de los Museos (“Museums Night”), one of our neighbors’ favorite classics. During one night, more than 280 public and private cultural spaces open their doors so that people can visit them for free, turning Buenos Aires into an open-air museum. The main goal is that every citizen and visitor can plan their own circuit and enjoy as many cultural spaces as possible from 8PM until 3AM. Every year, almost one million people participate in La Noche de los Museos. To help people get from one part of the city to another, public transportation has no cost that night.

Similarly, we have the Night of the Bookstores, which focuses in particular on the iconic Corrientes Avenue, the street with the most bookstores in the world. Every year, more than 100,000 people walk throughout less than one mile and visit more than 30 bookstores, from commercial to independent. And apart from finding new and used books from all genres, people can join some of the free activities we organize for the night, such as lectures with authors, storytelling, or live performances.

Even beyond these special and vibrant dates, our commitment with culture and nightlife is permanent.

This year, we transformed the landscape of Avenida Corrientes, which also happens to be the largest theater corridor in Buenos Aires, similar to Broadway or La Gran Vía in Madrid. We widened up the avenue and made it pedestrian-only between 7PM and 2AM. This gap covers the hours in which most people leave the office and the time where theatres have their most intense activity, helping people remain on the streets and enjoy the city at night.

In addition to theaters and museums, Buenos Aires has a huge and heterogeneous gastronomic offer. We are a rich culinary city with more than 10,000 establishments including restaurants, bars, delis, and food markets. Gastronomy is one of the strongest industries in Buenos Aires, employing more than 150,000 people.

To support the culinary talent of our citizens, we developed the program BA Capital Gastronómica, through which we organize or sponsor more than 400 culinary events annually. The biggest of these, and one of the most important in the region, is the Feria Masticar, which gathers in the same place the best cuisine from every corner of the country. The nights of Masticar are a big draw, a space to discover and taste our most traditional and innovative dishes. This year we enjoyed the 10th edition with more than 165,000 people enjoying the best dishes of our chefs and the best products of our country.

These are a few examples that illustrate how culture, gastronomy, and nightlife are features of our identity and an engine that promotes job creation and increase our city’s security. The talent, diversity, and creativity of Porteños is our best competitive advantage. We are proud and honored that every day and every night in Buenos Aires, holds an attractive energy that invites us all to enjoy new moments outdoors.