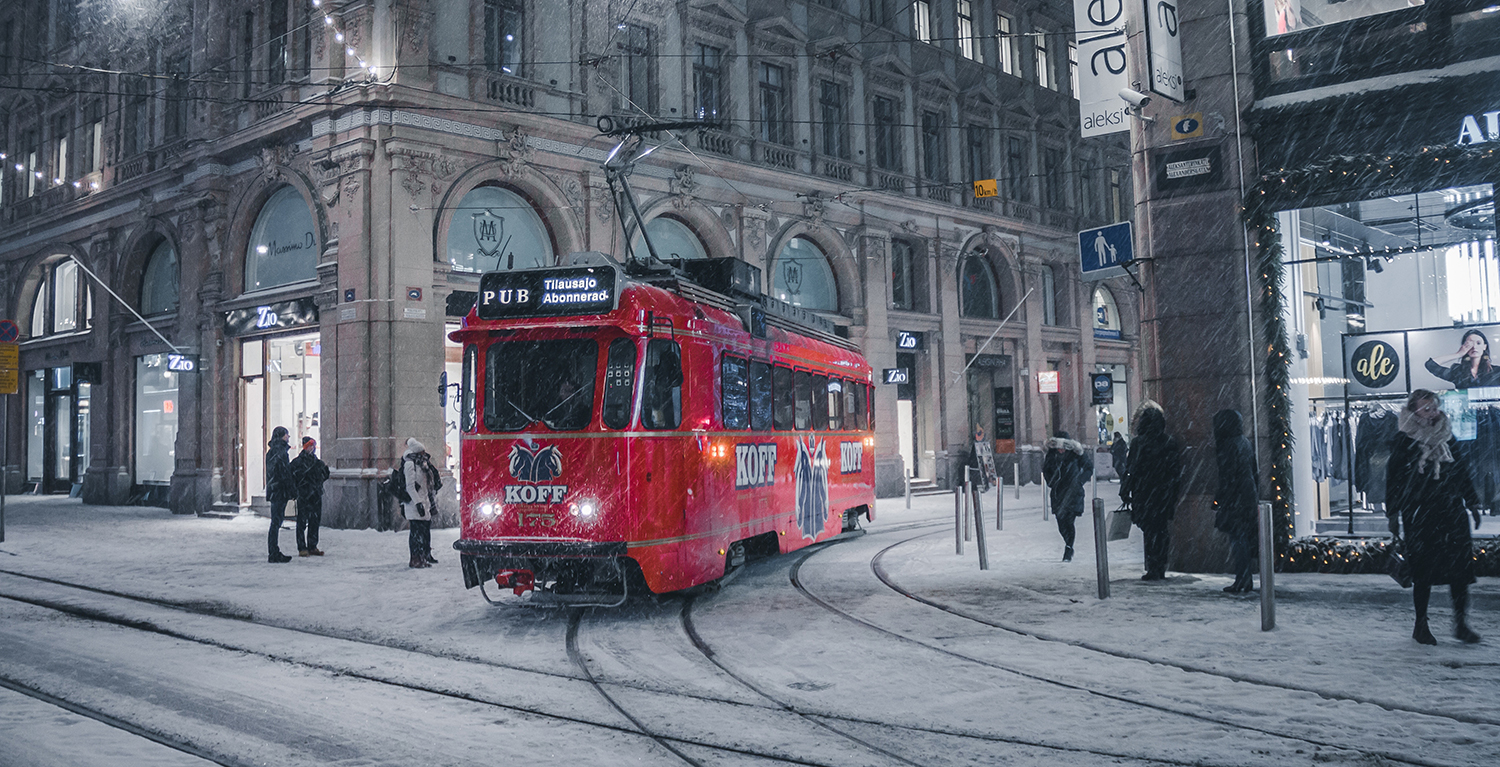 You can play things against each other, get people all worked up, and get attention. Or you can try to solve a need, which often means integrating what’s available into a whole that works better than any of its parts. This can be said about politics, nutrition, healthcare and many other things that easily stir up controversy.

Integration is often the road of most resistance, until a solution or an interface is developed which is so pleasant to use that people stop paying attention to the possible commotion behind it. Think of Spotify for music, Netflix for movies or Amazon for buying stuff.

This is where the future of transportation lies, too. There is little sense in playing different transportation modes against each other. Bikes are great, but not when it’s snowing. Taxis are comfortable, but no one gets anywhere if they are the only choice. Buses are efficient, but useless if you have to take home the armchair you just bought.

As the world moves into the cities, where street capacity is limited and the pressure to cut down on emissions huge, private cars are not the answer. Using all available modes of transportation optimally, through a fantastic interface, is.

Ride-hailing services, such as Uber and Lyft, have been controversial in big cities like New York because their fantastic user interfaces have brought more cars to the streets and have significantly slowed down traffic. But imagine if you could get all modes of transportation, alone or bundled into trips, with a service level promise – on a similarly wonderful app, and for a monthly subscription fee. That’s the promise of MaaS Global and our service, Whim. Whim combines all the city’s mobility options into a single App via a monthly subscription (e.g. bus, train, bicycle, taxi and car-sharing).

As of this writing, people have made over 2 million trips with Whim in Helsinki. Compared to the 375 million public transport trips taken in 2017 in Helsinki, it may not sound like a lot. But if you consider that it took us 9 months to get to 1 million trips and just 3 to get to 2 million, you can tell that this is a storm gathering. It’s still early days, but at this stage, there are already things we can say about what it takes to get a true Mobility as a Service (MaaS) ecosystem up and running and what its impact is on the users and the city.

One of the biggest challenges has been to explain what MaaS is and what it isn’t. It’s not monopoly capitalism or veiled socialism; it’s a user-centric solution that relies on open interfaces and ecosystems. Once this is understood, the next challenge arises: ‘open’ may be a buzzword, but to many incumbents (both private and public) it is their worst nightmare. Getting them to allow integration to their services for a fair price is, in most cases, a Herculean negotiation task. Getting a MaaS ecosystem off the ground is just as much a task of integrating big egos as it is of integrating technologies.

This, of course, varies depending on the culture we are in. For example, a European politician might get excited about the possibility of tackling congestion, CO2 emissions and crumbling infrastructure with MaaS, but the civil servants in the local planning and transportation departments may fight fiercely for the status quo and their role in it. Meanwhile in the US, a public traffic planner may see the virtue of using all modes of transport but politicians might get pummeled with so much lobbying from companies offering a single-mode solution, that they lose the big picture; to compete with privately owned vehicles people need easy access to all mobility options, no mode can cover all needs on their own.

MaaS takes time, sometimes more than anyone expects, but it is worth fighting for. The more data we are able to gather of what actually happens, the stronger the argument for MaaS becomes. As of this writing we (Whim) are live in three cities: Helsinki, Birmingham and Antwerp. By the end of next year, the number should be 16. What have we learned so far from over 2 million trips taken?

The first thing is a surprisingly even demographic distribution of usage. One of the main factors giving MaaS its momentum is the significant behavioral change in young generations. They are not getting driver’s licenses or buying cars like before. But it is not just these youngsters that are using Whim. The usage is surprisingly evenly distributed up until 65 years of age. The clear goal of MaaS is to have people ditch their cars and use the app instead. Through user interviews we know this is happening, and not just among the young. Also middle-aged gentlemen, often thought of as the most conservative demographic in automobile matters, are known to have done so.

The second thing we see is that getting Whim does not encourage people to use taxis or rental cars over other modes. People seem to choose what works for them. For example, when we included shared bikes to the service, we saw a shift to them from car-based services. We are also seeing that Whim customers use more public transportation than non-users.

This is something we follow very closely at Whim since our business model depends on people making the ecological choices as much as possible. The more folks walk, cycle and use public transport within their package, the better for us, the city – and the environment.

The more folks walk, cycle and use public transport within their package, the better for us, the city – and the environment.