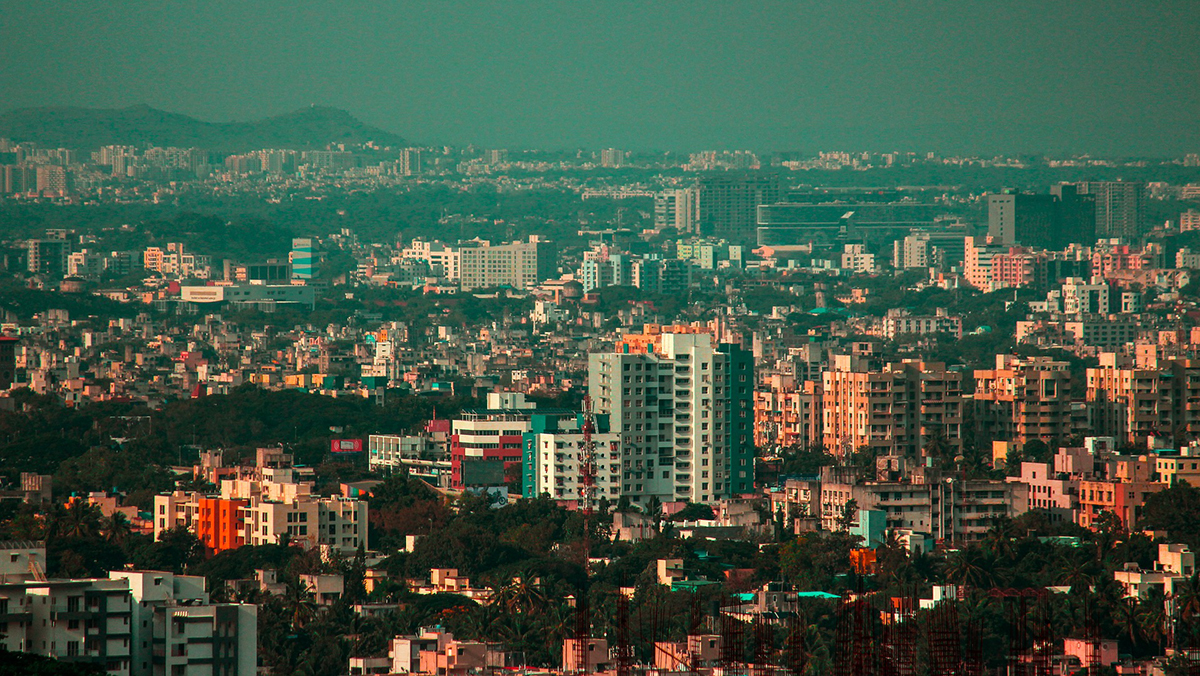 India’s economy has shown impressive growth in the last couple of decades, coupled with significant reduction in poverty. According to the International Monetary Fund, India’s economic growth is expected to be reach 7.5 percent by the year 2021. This will make India one of the fastest growing economies in the world, and India’s aspiration to be among the top could soon be realized.

With increasing economic prospects, migration of rural population to urban areas has become India’s biggest challenge. According to the most recent United Nations’ World Urbanization Prospects report, it is estimated that by 2050, about 416 million people will migrate to cities. India’s existing cities are already congested and swelled beyond their capacity to provide basic amenities. Thus, there is a need to build more greenfield cities to accommodate this migration. The government of India has announced the development of the Industrial Corridor Projects with the goal to increase the share of manufacturing in GDP from the existing 15 percent to 25 percent to address the challenges brought upon by urbanization. This will give a strong boost to the country’s industrial growth.

The Delhi Mumbai Industrial Corridor (DMIC) Project is the first Industrial Corridor to be initiated around the 1504 km long Western Dedicated Freight Corridor (WDFC), which passes through the 6 north-western states of India. The DMIC cities are envisaged to be world-class destinations with efficient infrastructure, offering opportunities for setting up manufacturing facilities that will help increase the country’s industrial output and create jobs besides providing an environment for live, work, and play.

Planned as smart, sustainable communities, DMIC cities will act as a role model for future cities in India. Holistic planning has been adopted in DMIC cities, addressing statutory norms essential for city development as well as sustainability principles for developing inclusive and self-reliant communities.

Greenfield development must include integrated city planning: physical, utilities, social, environmental, operational, and digital are examples of various planning processes that are integrated into DMIC cities. Though each of these planning efforts can’t stand alone, their integration in the early phases of the project is most beneficial for the development of a sustainable, smart, and efficient city.

Physical planning defines not only the extent of the city but also development provisions in the form of land use distribution and land use mix. Environment planning takes care of the health and wellbeing of its residents, workers, as well as natural environments through open green spaces, conservation, and preservation. Social planning helps support the growth of existing developments/habitations, and ensures the provision of essential amenities, like health, education, and other basic services for city dwellers. Utilities planning ensures redundancy and reliability of basic services, like water and wastewater, power, gas, information and communication technology (ICT), and stormwater. Operational planning emphasizes on transparency and governance mechanisms.

Detailed land use planning of DMIC cities has been prepared by best-in-class consultants/master planners chosen through a competitive process from across the globe. The implementation and phasing of cities is not only focused on developing required core infrastructure. It also addresses the distribution of social amenities, like schools, health care centers, community centers, and old age homes with the provision of mandatory open spaces, parks, and housing for Economically Weaker Sections (EWS).

Positive impact of greenfield smart cities on the GDP growth

Dholera Industrial City (a DMIC node in the State of Gujarat), when fully commissioned in 30 years, will result into a 200-fold multiplier effect in terms of value of output per million (USD). In addition to the output, it will generate millions of jobs plus a good quality of life to millions of residents and city businesses. Currently, the increase in investment, tourism, employment, and expansion of industries/corporations results in higher GDP contribution from smart cities.

Adoption of smarter initiatives in sectors such as transportation, energy, water, and security will help in reduction in operational costs.

Quality of life is determined by various parameters, such as physical and mental health, safety and security, health and education, economic and financial opportunities, education and culture, spirituality and right to personal beliefs, public services and transportation, and a well-balanced live, work, and play environment.

Greenfield smart cities have the potential to maximize these parameters through better planning and design. To maximise sustainability in DMIC cities, each of these parameters were carefully examined with strategies planned and designed to maximize the use of smart technology. Smart cities enable efficient use of natural, human, and economic resources and promote cost saving. It is not enough to only invest money into new infrastructure; It is crucial to make that infrastructure do more, behave intelligent, and last for a long while. A well-planned city with ICT-enabled infrastructure allows for zero waste, systems for 100 percent recycling & reuse, renewable energy generation, and desalination. These in turn make our cities self-dependent and sustainable in all aspects.

A Special Purpose Vehicle (SPV) has been set up in each DMIC city to ensure effective integrated planning, coordination, and implementation of various components that are essential to the development of the city. The formation of a single SPV has helped to overcome challenges of inter-departmental cooperation and coordination.

From conceptualisation to implementation of DMIC cities, many lessons were learned along the way. Creative engineering and design initiatives were set in motion in challenging terrains whilst implementing the world’s best program management tools to collaborate and manage several consultants and contractors simultaneously. The mega city building and connectivity projects around these cities will definitely transform the entire regions into a vibrant metropolis. Major lessons learned from developing greenfield cities:

The major challenges in greenfield cities are adequate budgetary allocation and funding, government and private investments, multiple stakeholder management, and availability of skilled and non-skilled labor that impacts the project’s quality, progress, and timeline. Unlike an existing city, which can attract private investments due to a defined revenue stream, greenfield cities require greater efforts and strategies to attract private investors in the first stance.