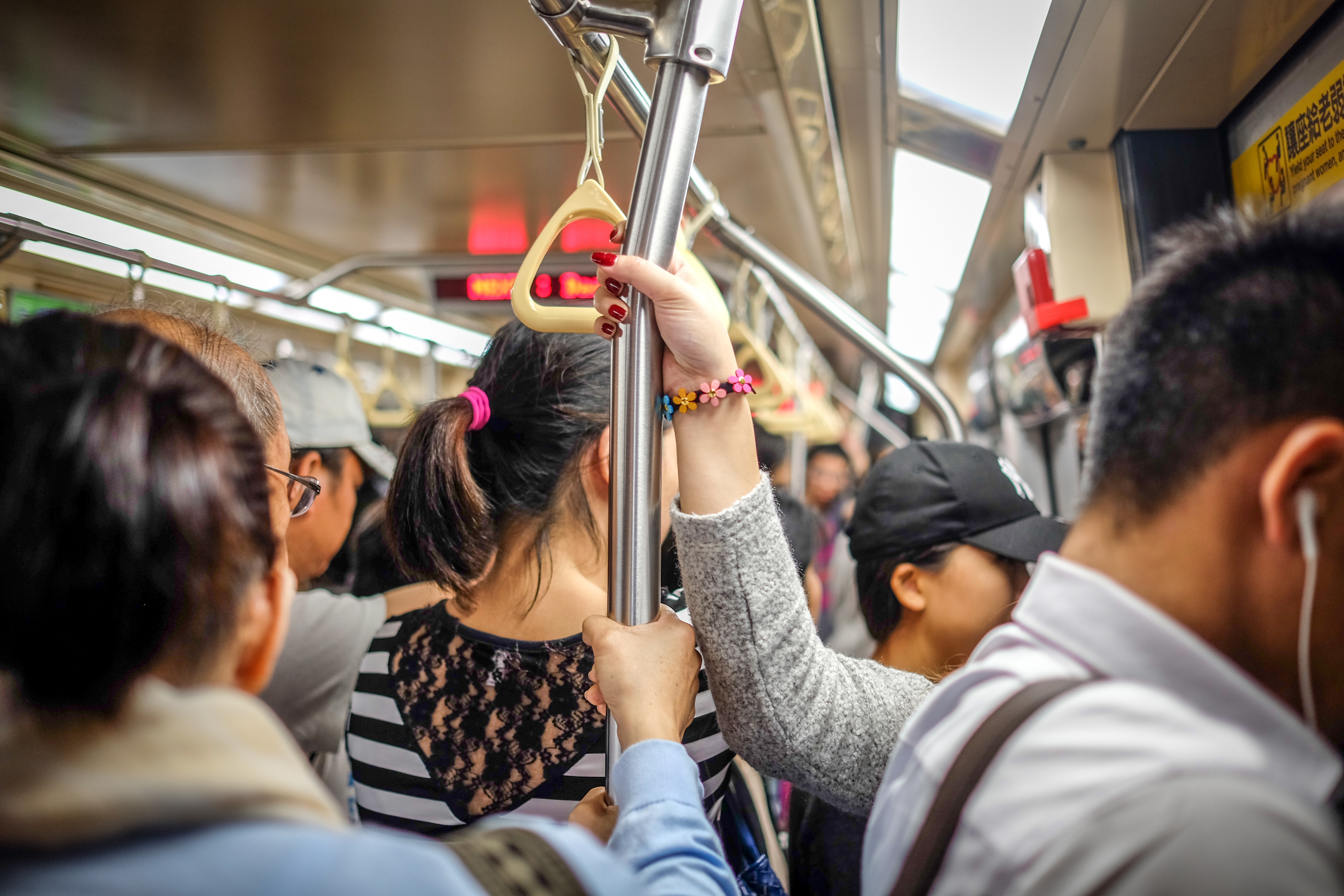 When I graduated from college and moved to San Francisco in 1998, I did not have the financial luxury of owning and stowing a car in my new hometown. In the pre-smartphone era (shout out to Generation X!) this meant collecting three different transit ticket passes, a grip of paper maps, and hours spent on a desktop navigating trip planners. Traveling on transit alone had its upsides: a renewal of my love affair with reading, hours of people watching, and dozens of sunsets between MacArthur Station and the Oakland tube. The downside includes grab handles too high for anyone under five foot five and the “male gaze.”

Ten years of navigating buses, trains, and planes with my newborn daughter, it became clear once again that even the simplest adjustments to make changing a baby, pumping milk on a long flight, or collapsing a stroller had systematically escaped designers’ attention. Very little has changed about my commute and very little has changed for women on transportation.

The facts about women and transportation in the United States are clear. It costs women more – both in time and dollars – than men to travel. The myriad reasons for this include both a higher premium for safe travel and a higher likelihood that women will take public transit. We experience higher incidences of assault while biking, walking, or taking transit, and we are more likely to be injured or killed traveling by car. Dr. Evelyn Blumenberg of UCLA summarized this during a recent event hosted by Investing in Place:

“The share of women in the labor market has dramatically increased, but women are also still responsible for much of the unpaid labor associated with household tasks – and it’s difficult to accomplish both with transit” – Dr. Evelyn Blumenberg

How did we get here? I would argue that decades of transit design that heavily favor peak hour services means that mid-day or late-night services are rare if they exist at all; in particular for buses.

Practically speaking, it means that cities tend not to have transit services for women who pick up or drop off a child, takes a person to the doctor, works a second shift, or run errands. Even when we open new rail lines, work by Marlon Boarnet points to fewer women accessing services simply because they do not feel safe: ”When L.A.’s Expo Line opened, men living nearby increased transit ridership by 4.3 percent, women by only half as much. The gap is linked to gendered safety and harassment in the transit environment…”

Anastasia Loukaitou Sideris’ work tells us there is a mismatch between the safety needs of women and safety strategies that agencies adopt. Simply put, cameras do not cut it.

Similarly, decades of bikeway design that offer little protection from traffic or neighborhood routes (which women prefer) diminish biking as an everyday option for women.

Considering these factors, access to a single-use vehicle is a clear way to level the playing field. However, we have unparalleled evidence that a driving mentality destroys our sense of the quality of life and our environment. We will run out of both space and planet before we achieve our goals around gender equity.

The opportunity costs of holding half of the population back from access to economic mobility affect all of us. An urgent approach to creating safe, reliable access to equitable transportation begins with a few focused key areas lived by experienced travelers.

1. Put women in charge: When then-Deputy CEO of Metro Stephanie Wiggins noticed that the team in charge of designing the next generation of bus service for the region consisted exclusively of men, she changed it. The leadership of your agency should look like the city it serves.

2. Prioritize women’s personal safety needs on transit and in new technology: When women share trips with men, whether on a bus, airplane, train, or (someday) an autonomous car, they need more than cameras and AI to feel safe enough to access these options. It is just as critical as making the fare gates work.

3. “Sit Down. Be Humble”: Listen to your users. When we rolled out BlueLA, Los Angeles’s first EV car sharing service, we heard that women wanted the option to add their family’s caregivers to their accounts even though their last names do not match. Invest in transit trips that are important to women (off-peak, late night) and be mindful that this does not always mean fixed route transit.

Last fall, LADOT undertook a study on the transportation needs of women and girls in Los Angeles, with a particular focus on missed opportunities and failures of the transportation system. Our Play Streets program turns streets into parks and continues to thrive, connecting over 100,000 Angelenos to open space that they otherwise would not have access to. We host the largest Safe Routes to School event in the nation to focus attention on school trips. Vision Zero, our commitment to getting to zero deaths from traffic crashes, sits on a foundation of infrastructure but incorporates artists and community-building. It recognizes that bringing attention to traffic deaths requires engineering and empathy.

For me, transportation starts with the needs of people in the communities I serve, not just the needs of those who happen to be able to reach the grab handles on the train.