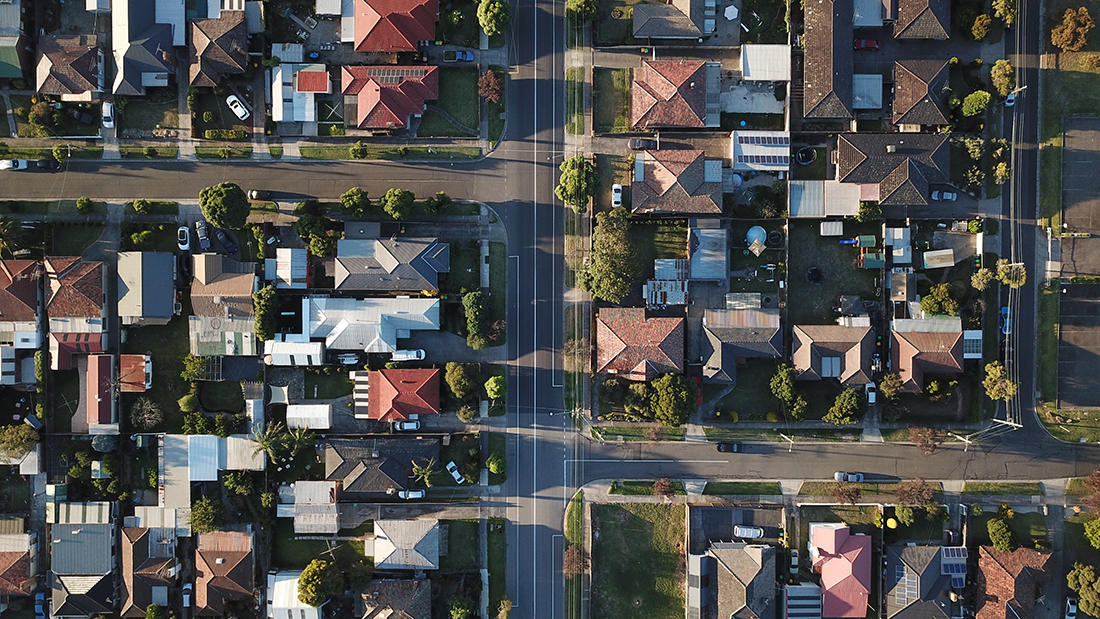 I moved to New York on the heels of 9/11, in the summer of 2003, when the bathtub—which is what we called a massive hole in the ground that had once been the base of the Twin Towers—had been full excavated, and a discussion about rebuilding had just hit full swing. I’d just graduated with a degree in architecture and believed, absolutely, in the power of the built environment to change society. I’d wanted to design social housing, inspired by Diller + Scofidio’s Slither Housing project in Japan, where the design meant that every inhabitant had an outside-facing front door, a way of mitigating the dreary repetition of so much mass housing. I’d researched social housing in Rotterdam thanks to a grant from my university, even though I’d ended up writing my senior thesis about Berlin, and the ways in which architecture provided, I thought then, some sort of true window into how Germans felt about World War 2 and their role. I was interested in the idea of collective memory, and how it could be architecturally articulated and/or denied. I think now that I was naive to believe that architecture had that much power to both influence (Slither) and reflect (Berlin), but here we are again, with a global crisis, this one centered almost entirely around the idea of “shelter” as treatment.

I had a job as a research assistant to an author who was writing a book about the World Trade Center re/construction process. I also started writing for newspapers and magazines, beginning with doing hanger-on reporting about Lower Manhattan, and then graduating, possibly sideways, possibly downwards, to writing about apartments for rich people, houses for rich people, more houses for rich people etc. Slowly, I lost the faith that architecture could be our society’s strongest tool, and started focusing inward, on a sort of philosophical interiority, or interior philosophy. I became interested in attempting to define architecture. Was a house architecture? A street? A shed? A bus stop? What is a corner? What is a window? in what a corner is, and what a window is. I was not alone in this general type of interest. It was removed from my earlier interest in buildings and trauma, architecture and feelings, the belief in the ability of the built environment to heal. But here we are again.

Given the prodigious onslaught of COVID-19, the incredible contagion of this particular coronavirus, the most successful move, at least the most successful one that we have available to us right now, seems to be social distancing. This means, for those of us who are housed, staying inside those homes. There is justified outrage about what to do for people who are unhoused, but as yet, no solution. Many people are really spending time inside their apartments for the first time. They’ve been used to being out for eight hours a day, to returning home for a series of relaxations: opening a bottle of wine, smoking some legal pot, turning on Westworld. They became used to what crossing the threshold to the outside world meant, and what crossing that threshold on the way home. We had interiority and exteriority. The private and the public. Now we have the private and the semi-private and the public-through-a-screen. We have public shaming. Recently, a video went around Twitter of people in a Brooklyn apartment yelling at people on a Brooklyn street to stay home. The streets are no longer safe. Big Brother is everywhere. But Big Brother is right. We need to stay home. I remember once at a review, assessing student work. We wondered what constituted architecture. Was a line in the sand a form of architecture, if it delineated two spaces? What about a single wall? We decided, together, that to be architecture a building didn’t need to have a roof, didn’t need to be enclosed. It just needed to demarcate space, somehow. And yet now, with COVID-19, all we care about is that we are enclosed. All we long for is the freedom so many of us took for granted.

I have heard that New York, where I currently live, feels eerie and desolate. I wouldn’t know. My apartment building is situated so that I cannot see the street. I have no sense of whether people are out, or not out. I live in one of these new developments in a neighborhood in Brooklyn that looks very different from how it looked ten, even five years ago. My building is on the site of an old gas station. Windows face out onto the street, but when I moved here, I wanted one that felt quieter. I wanted to feel safe and sheltered. I was moving to New York so that I could sell a lot of copies of a memoir I had written. I thought being in New York would lend me a sort of cultural gravitas. But once I got here, I found it overwhelming. I just wanted to be home. Now, I’m on the long arm of a very skinny U. I can see into my neighbors’ windows, and we both have patios. This weekend, we both found ourselves on our patios. We waved to each other. “Are you quarantining?” “Yes, you too?” “Yes!” We introduced ourselves. We’ve been living across from each other, able to see into each other’s lives, for more than a year. But the social contract before COVID-19 felt different from the social contract now.

Cities are a form of social contract. They teach us how we want to be, and different cities have different contracts. New Yorkers don’t stop and say hi but if you ask them for directions, at least five of them will start arguing with each other about the best way to get somewhere. That’s the cliche, at least. In the Bay Area, where I spent nine years, people get into parking lot wars, something never heard of in Manhattan. Wherever we are, it seems that we’re trying to isolate, to stay in our cars or have nice apartments removed from street noise, but now that we have to isolate all of a sudden all anyone can talk about is how much they miss civic life. I’ve seen some memes going around, about how people will never again take for granted the noise of a busy street, the music from a restaurant, yells from a bar that two months ago would have summoned the police. It turns out that we always want what we can’t have. And now what we can’t have is collective urban life. The question on everyone’s amygdala: do we still have life?

It is not safe to be Walter Benjamin’s flaneur. Instead, we all seem to be getting Derrida’s Archive Fever, but the archives are our homes. Productivity culture is spreading across the internet, everyone offering tips and crafts and projects to do. To some of us, our homes have started feeling like prisons, sites of memory stacking upon memory. Without the refresh of going outside, without seeing, in my case, my friend David who runs the French pastry truck Frenchy’s on the corner of Franklin and Eastern Parkway, we have no urban re-set. We have no threshold condition. We just have our interiors, and our interiority. What is a window. What is a wall. Why can’t we get out?

We have to social distance to save our population. Yes, a seemingly small percentage of people who get the virus will die. But a seemingly small percentage is still, to my mind, too many. If everyone gets the virus, the total numbers will be high. And so for the good of our cities, for the faith that urban life will eventually roar back, we are quarantining. We are returning to architecture as its most basic form, a type of shelter that will not protect us from the storm, nor the virus. But it will demarcate something. The time before we cared. The time now.