How to Fight Youth Unemployment in Global South

According to the International Labour Organization, over 70 million 15-24 year olds worldwide are unemployed. This issue is particularly prevalent in the Global South, where youth are twice as likely to be unemployed or trapped in low-quality jobs, limiting development and social mobility. Governments and NGOs have responded with educational initiatives, skills-training projects, confidence-building programs, and a fund to encourage entrepreneurship. Read on to learn about four successful approaches in Cali, Nairobi, Bangalore, and Rio de Janeiro. 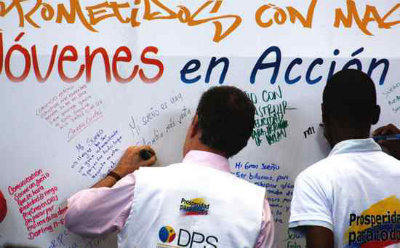 In Cali, Colombia, where the youth unemployment rate is 33 percent, initiatives in both public and private sectors work to give poor youth the necessary training to improve their chances of finding a job in emerging industries. Jóvenes en Acción (Youth in Action) is a national organization that provides 4,000 underprivileged young caleños with financial resources to pursue a technical or technological degree. The program also includes entrepreneurship courses and the students receive a bi-monthly stipend of 200,000 COP. In the private sector, the Fundación Carvajal’s Centro de Desarrollo Productivo (Production Development Center) trains young caleños in the skills needed for the food sector. The project benefits youths in the lower economic strata and those at risk of violence or social exclusion. Students from rural areas are also included since improving the employment situation in those areas reduces the immigration flows into Cali, which in turn helps to reduce the uncontrolled growth that plagues all major cities in Colombia.

The Kenyan government launched the Uwezo Fund, a 6 billion Ksh. cash reserve (approximately US$70 million) aiming to address the massive unemployment problem by encouraging entrepreneurship and expanding access to credit. The idea is to generate opportunities for self-employment and to enhance economic growth by investing in community-driven alternative frameworks to development and focusing on youth/women’s groups and savings chamas (savings and investment associations) as drivers of the country’s economy. The Uwezo Capacity Building Program, a mandatory training course for applicants before they apply for the loan, ensures that the groups have the ability to invest well and eventually pay back the loans. After the training, groups can apply for an amount that ranges from 50,000 Ksh. to 500,000 Ksh (approximately $580 to $5,800). In response to fear that the resources may be misused if not subjected to tight scrutiny, the government has announced that it is setting up a committee that will be in charge of overseeing how the money is spent. 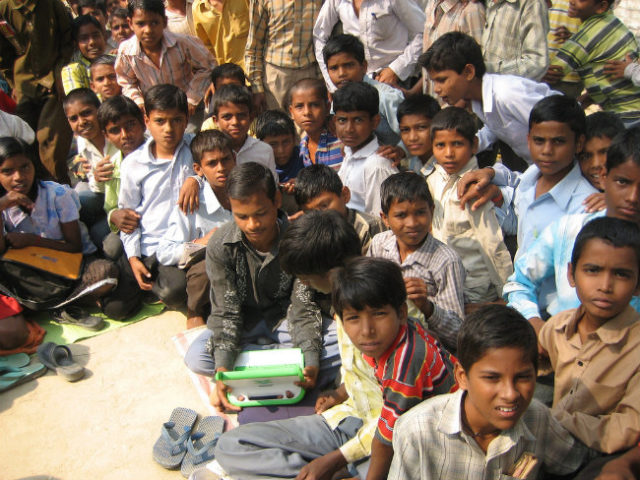 The Promise Foundation in Bangalore has found that while lack of skills is a major factor that contributes to underemployment or lack of employment with youth, so too is lack of confidence in one’s abilities and job prospects. The organization’s unique method applies behavioral sciences to economic and social development. Believing that early intervention is necessary, the Promise Foundation has developed three core programs to foster personal and professional growth from a young age: Stimulation Intervention Programs focusing on early childhood care and education, Programs for Assisted Learning targeting children who are at risk of failing and dropping out of school, and Work Awareness and You addressing the career development needs of high school students. The three-pronged approach to preparing youth for the job market takes a more holistic and long-term perspective on the need to develop human resources for India. “Almost all trainees were able to secure better jobs and went on to complete formal education,” says the organization.

In Rio de Janeiro, the local government is implementing educational improvements in order to address the issue of youth who are not employed, in school, or in training. Some of the main initiatives include a greater focus on practical courses where students can learn skills and apply their knowledge. The Secretariat has implemented the Schools of Tomorrow program, which aims to improve education in the poor and violent areas of the city. The city also promotes courses for youth and adults who have temporarily left the path of education, but want to continue their studies. These courses take place throughout the city, are free of charge, and are offered on flexible schedules and include a specialized mentorship program to help students complete their basic education. Another important initiative for adolescent parents who are still studying or looking for a job is the increased access to public child care for 0-to-3-year-olds: coverage went from 7 percent of children in 2000 to 21 percent in 2011.

Josephine d’Allant is a Project Director at Dallant Networks and the Managing Editor of URB.im, the online community for just and inclusive cities. She graduated with High Honors from UC Berkeley with a bachelors in International Development Studies and a Certificate from SciencesPo Paris.