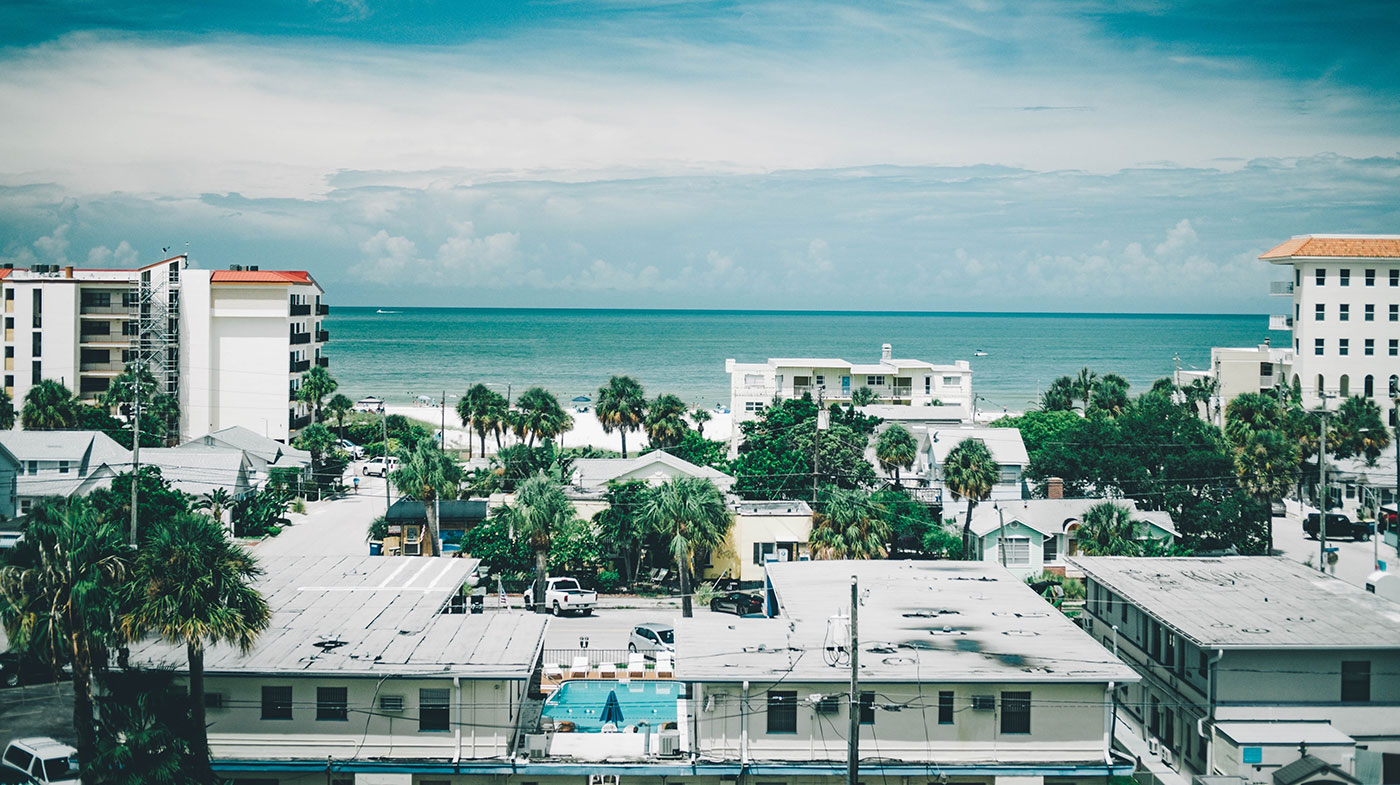 Denial is not a resilience strategy. But when it comes to managing change — and especially climate change — we’re more likely to stick our heads in the proverbial sand, maintaining and protecting the status quo, than acknowledging and planning for the inevitable rising tides. That, too, needs to change. Along with carbon mitigation plans and investments in adaptation, cities must also address the fact that attempting to preserve their urban fabric as-is may inherently lead to increased risk over time and the possibility of catastrophic loss in the future. What if these communities begin a shift toward higher ground instead?

As it is, existing regulations and policies in coastal cities typically promote adaptation strategies to protect valuable real estate from the impacts of sea level-rise and coastal storms. We know, however, that seas will continue to rise for the foreseeable future — for several hundred years, according to the Intergovernmental Panel on Climate Change — although climate models disagree on how high and by when. While the timing is uncertain, we can be sure the future of our coastal communities will involve much higher sea levels.

Typically, where there is coastal development, we look to define and justify structural approaches (sea walls, levees, barriers, etc.) that protect this development from encroaching seas. There is also an increasing recognition of the value of working with natural and nature-based solutions, to complement structural approaches, further reducing risk from natural threats, while providing vital environmental benefits.

However, when we look at the inevitable long-term sea-level rise, it’s critical that we don’t only focus on solutions and processes to prevent any change (by protecting everything in situ) but look at long-term change programs that can deliver continually adaptive solutions with more sustainable outcomes.

Adaptation to climate change, can take many forms, and when incorporated with a realistic vision for the long-term, can help us identify where the traditional approaches of protection may not be the most appropriate. In these instances, relocating assets out of harm’s way may be a safer approach in both the short and long-terms.

This realistic position on reducing risk is critical to managing available resources and avoiding building more at-risk infrastructure while positioning our coastal cities for the future. To protect a single three-mile stretch of road from rising tides in the Florida Keys, for example, it would cost $181 million in taxpayer dollars to raise it several feet — all to connect about two dozen homes. Although many public officials are loathe to be seen as deciding who stays and who goes, the real risk is unmanaged retreat. Simply allowing natural disasters and market forces to expel the most vulnerable residents from at-risk communities achieves nothing other than reinforcing socio-economic and spatial inequality while further hurting those who need help the most.

Retreat is not new. The indigenous peoples of North America and other historic cultures understood the risks of areas prone to brushfires or coastal flooding, and seasonally migrated accordingly. Some of these traditions survive today where lessons from past events influence development patterns to avoid repeating them in the future; however, more often than not, communities and developers continue to rebuild in high risk areas, increasing likelihood of future disasters.

In many instances today, retreat occurs naturally and manifests as migration after an event, such as the New Orleans residents who did not return after Hurricane Katrina in 2005, or the Puerto Ricans who migrated to Florida following the devastation of Hurricane Maria in 2017. Our soft refusal to discuss managed retreat as a key adaptation strategy prevents us from recognizing what these quiet coping mechanisms truly are.

Fortunately, cities and states across the United States and elsewhere are beginning to have these conversations, if not in wholly productive ways. An example is Florida’s senate bill-1094 Peril of Flood, which promotes the identification of Adaptation Action Areas (AAAs) with severe vulnerabilities as candidates for significant adaptation investment and buy outs, the latter supporting the managed retreat theme. Homeowners living in these areas will be eligible for compensation and relocation from the state’s $1.5 billion set aside for buy-outs.

But while these programs help raise awareness, they do little to fix the underlying issues of inadequate building standards and weak restrictions on land use. Nor are they scalable or sustainable — a first-come-first-served approach to threatened families and communities will protect some but more likely exhaust funds and patience without addressing the systemic issues.

Even taking the chance of staying in place is less of an option, as insurers and reinsurers realize the magnitude of the risk, while the U.S. federal government is increasingly skittish of subsidies. California’s short-sighted decision to ban insurers from dropping policies in high-risk areas sends the message to homeowners that the government will ultimately backstop them.

Taken together, this produces a potential downward spiral of falling real estate prices, defensive home selling, and business relocation — followed by increases in both operating costs and taxes which trigger the next wave of selling. Freddie Mac chief economist Sean Becketti raised the prospects of this in a 2016 blog post noting that despite even the best adaptation efforts, “rising sea levels and spreading flood plains nonetheless appear likely to destroy billions of dollars in property and to displace millions of people.”

So, how should we best manage retreat? Communities should start by facilitating open and honest communication with residents in at-risk communities, followed by tightening building standard and land-use policies to promote informed decision-making ahead of future risks. In the United Kingdom for example, Coastal Change Management Areas (CCMA) are defined to raise awareness of coastal hazards and trigger planning restrictions that ensure inappropriate development does not occur. Coupled with strategies such as relocation incentives, transit-oriented development, and transfer of development rights, communities can better manage the costs associated with maintaining critical infrastructure and focusing their limited financial resources on areas that can be saved.

This will necessitate very difficult decisions, but this approach generally addresses the existential questions communities must ask to survive the coming decades — how best to look forward, manage risks, and adapt in the face of inevitable threats while promoting higher performance, community participation, and a paradigm shift to a new way of operating a community.

In order to achieve this, we need a better definition and a wider awareness of current and future risks. We should be promoting strategic coastal risk management plans to provide the science behind the risks, identify the vulnerable areas, and identify the preferred adaptation strategies. An example of this is the UK Shoreline Management Planning process, which has been adopted and adapted by other parts of the world to guide the right investment at the right time. Most recently Belize has developed a resilience plan in which the full range of long-term adaptation options are considered with the most appropriate options put forward for implementation.

« We believe in working with governments and communities to increase their resilience by asking tough questions, providing forward-looking guidance, and advocating for the best solutions to manage risk. »

We believe in working with governments and communities to increase their resilience by asking tough questions, providing forward-looking guidance, and advocating for the best solutions to manage risk – whether a seawall or a strategic plan for relocation. We are proud to partner with NewCities and sponsor this edition of The Big Picture on “The Allure of Resilient Districts on Higher Ground,” to advance this conversation and prepare our Cities for the future.