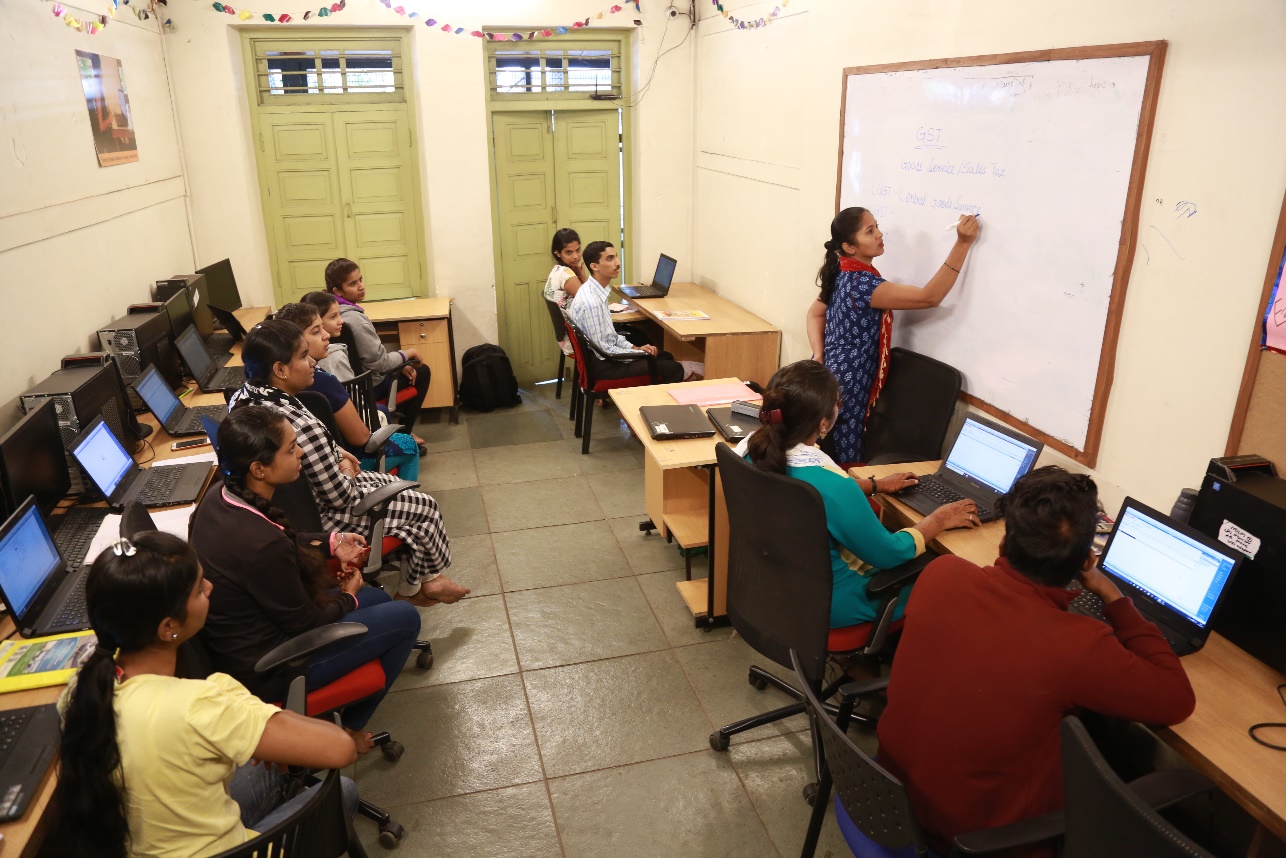 “The Lighthouse” is a sustainable livelihood program for the urban disadvantaged youth. By fostering agency, workplace competencies and skills in youth, the Lighthouse unleashes social and economic transformation in the communities that the youth come from. As a program which places the wellbeing of youth and the city at the centre of its design, it is particularly apt that “The Lighthouse” be a recipient of the Wellbeing City Award.

The provision of location and capital expenditure for these Lighthouses is provided by Pune Municipal Corporation. Corporates contribute through Corporate Social Responsibility (CSR) funds to provide the operational expenses. There are currently five Lighthousesand this will scale to 15 by 2021, soevery youth in Pune has close access to a Lighthouse. By 2022, there will be 20,000 youth alumni. This will be a strongly networked set of youth leaders who can then create hubs for social and economic change across the city.

After the Foundation course, youth go through a career counselling session where they make a choice with respect to the vocational skilling course they would like to take. When it comes to choose vocational skilling program, young people are encouraged to choose areas of skilling based on their dreams and aspirations and in alignment with the market situation, rather than go the traditional route which is to make a fixed set of skilling programs available. The latter gives them little choice and certainly doesn’t offer them a way to break all current limitations and truly follow their hearts.

The Lighthouse program is unique in that it is not just about getting a job, but starts with a change in self-image, and enables resilience and leadership in its students. It is about personal, social and economic development because that is the only way that youth will be able to properly leverage livelihood opportunities rather than dropping out of their job in a month or two.

For a deeper understanding of the impact on individuals, please refer to this video.

Each Lighthouse enrols 650 youth per year. There are currently give Lighthouse operations that have seen more than 6,500 youths have been enrolled in the programs. 3,800 students have completed programs involving mentoring, coaching, and skills training. More than 2,000 are now in employment with an average salary of Rs. 8500 per month. More than 80 percent of these youth are first-time workers. The City of Pune has plans to double the number of operations within the next two years.

The most important contribution the Lighthouse has to offer to Pune, India, and any stakeholder system concerned about youth employment may be the one that is hardest to quantify: the long-term impact it may have on a young person’s sense of agency. In putting the dignity of young people at the center of its work, and building programs around their skills and aspirations, the Lighthouse challenges those interested in the future of cities and the future of work to consider an intriguing possibility. This skilling program designed to work at scale for large populations of historically marginalized people can at once honor the dreams and dignity of each individual while simultaneously meeting the needs of employers and generating positive social indicators that matter to government*.

Not only is the program design unique and innovative, but the Lighthouse project also demonstrates the feasibility of a viable, long term public-private partnership in the social space. In being run as a partnership between Pune Municipal Corporation** and Pune City Connect***, the program leverages the best of what the Government and the private sector have to offer. The municipal corporation provides direction and knowhow, its wide network and support system and all the resources that go into the setting up of the Lighthouses. Pune City Connect provides the linkage to the corporates and civil society. As of today, the Lighthouse is supported by a robust city ecosystem comprising the municipal corporation, Pune City Connect, 11 donors, 25 implementation partners and over 800 placement organizations. This makes it a powerful model for collective impact. 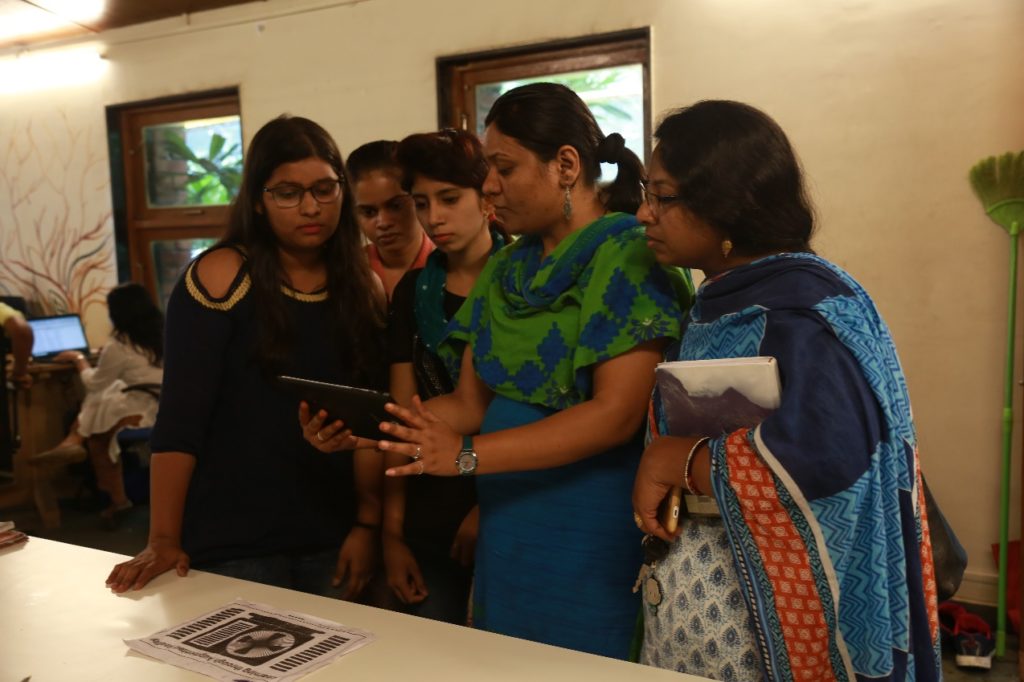 Moreover, the impact of the Lighthouse is not only at the level of the ‘individual’. Its agenda includes city transformation. This video elaborates on the impact of “The Lighthouse” on three levels: the individual, the slum community as a unit of change, and the city as a whole.

With 32 percent of Pune’s population living in low-income areas and being underserved, the competencies, creativity and entrepreneurship of a third of its population, is unharnessed. Pune Municipal Corporation looks forward to taking this program to all the administrative wards of Pune and thereby moving towards unlocking the full potential of the city.

*This insight has been shared by Adam Yukelson of The Presencing institute. The full article on the Lighthouse and about the Lighthouse approach of putting dignity at the centre of Livelihoodcan be found here.

**About Pune Municipal Corporation
Pune, the Oxford of the East, is a historical city in India with a glorious past, an innovative present, and a promising future. Since 1950, the Pune Municipal Corporation (PMC) has been administering the city and serving its citizens. The PMC is the civic body that governs Pune, the second largest city in Maharashtra. It is responsible for the civic needs and infrastructure of the metropolis, which covers an area of over 330 squares Km and has 3.4 million residents. www.punecorporation.org

***About Pune City Connect
Pune City Connect is a non-profit company that enables large scale, collective impact by working with multiple stakeholders such as the Government (Pune Municipal Corporation), corporates (via CSR resources), non-government organizations(being subject matter experts in their respective fields) and citizens (via volunteering and other expertise), towards common purpose. For more information visit www.punecityconnect.org