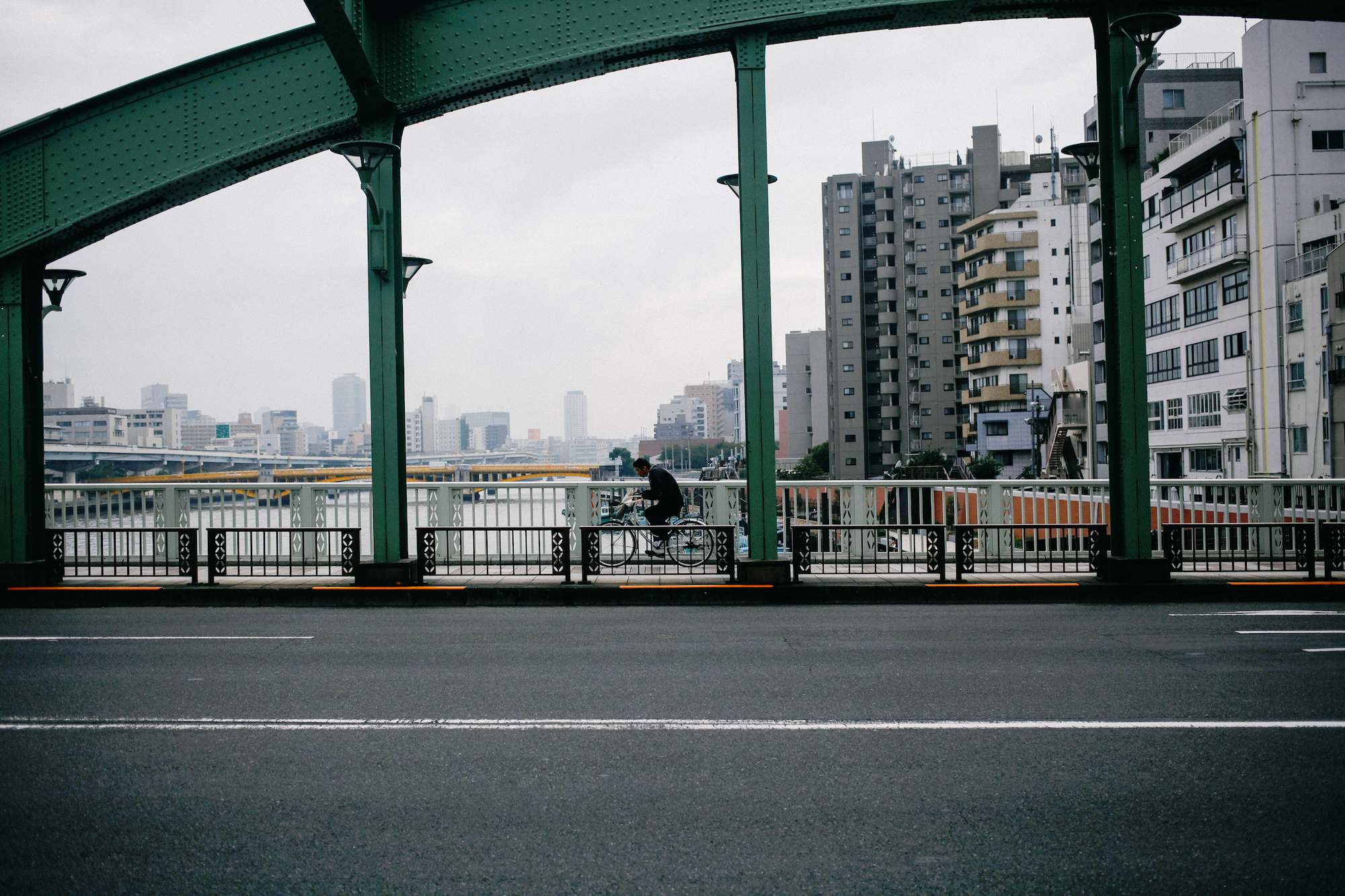 In the last fifteen years, notable developments have occurred within urban mobility and sustainable transportation in the United States and abroad. Owning an SUV is no longer a key element in achieving the American Dream. Paradoxically, being car-free or car-light is becoming more commonplace. Today, every major automobile manufacturer is producing compact electric vehicles (EVs). Even Ford’s CEO, Alan Mulally, stated at the Detroit Auto Show in early 2014 that the future of our cities will depend on personal mobility and adding more cars is “not going to work”1. Meanwhile, the bicycle has undergone a rebirth as a viable means of urban transportation, and governments on all levels are using transportation funding to support public transit infrastructure.

Mulally, like many others working in transportation, has recognized that socio-economic and population pressures are changing the way people think about how they move within cities. According to the World Health Organization, approximately 50% of the world lived in urban environments in 2010, and that number is expected to increase to 70% by 20502. With road and highway networks already struggling to meet transportation demand, more people are turning to alternative transportation modes. A report recently published by the American Public Transportation Association shows that “millennials”, the biggest and most diverse generation to date, tend to choose between different modes for a given trip rather than defaulting to the private automobile like many of their predecessors3. One reason for this is the emergence of the sharing economy and shared-use mobility (i.e., carsharing, scooter sharing, ridesharing {carpooling and vanpooling}, bikesharing, private shuttles, and on-demand ride services). Millennials now have “access” to many modes without having to sustain the burdens of “ownership,” a concept originally posited in 2009 by the founding executive editor of Wired, Kevin Kelly4.

As more and more individuals are using public transit and shared-use modes to get around, transportation systems are becoming cheaper and more efficient. According to a 2013 survey for Capital Bikeshare in Washington, D.C., members save approximately US $800 annually on transportation costs5. Martin and Shaheen’s (2011) research on carsharing in North America demonstrated that 50% of carsharing members either sold or postponed a car purchase, and for every carsharing vehicle in a fleet, 9 to 13 personal vehicles are taken off the road. Furthermore, of those autos shed, carsharing vehicles average about 10 miles per gallon better on fuel efficiency6.

Shared-use mobility services can also complement public transit by addressing the first/last mile problem and, thereby, enable households to reduce their automobile dependence. According to a recent study published by the Mineta Transportation Institute, bicycle-friendly transit policies greatly increase the catchment area of transit stops7. Public bikesharing, in cities like Washington, D.C., functions in the same way to encourage individuals to use shared bicycles to access transit. The 2013 Capital Bikeshare Member Survey Report found that 54% of Capital Bikeshare members use it in tandem with public transit for multi-modal trips. Similarly, Penn Station in New York is host to one of the most used Citi Bike stations during morning commutes as commuters exit the station and use bikesharing to complete their work trips.8

Multi-modal tripmaking has created a new demand for enhanced integration among transportation options. At present, the vast majority of transportation systems require that travelers use transit smartcards, bikesharing key fobs, and carsharing mobile apps and/or smartcards to access modes independently. This can create a disarray of memberships and hardware. Instead, users are in need of an integrated platform that enables them to seamlessly compare (cost, route, time spent, etc.) and access and pay for different transportation services.

The smartphone is one tool likely to have an increasing role in multi-modal transportation. Mobile apps like RideScout and Nimbler, which aggregate public transit and shared-use mobility services into one map, allow users to find the various modes available nearby and even book and pay for some. Similarly, Red Ride aggregates ridesharing, on-demand ride services, and carsharing services and enables users to find the closest vehicles available. These apps are on the forefront of “digitized” transportation access and will play a growing role in urban mobility in the future.

The smartphone, however, has its limitations. First, “points of access” can present a problem for public transit providers. Bus and rail transit services are typically equipped to provide access via an RFID card or ticket. Retrofitting public transit stations with the ability to accept payments from smartphones would take significant investment. Second, the smartphone has cost barriers for many. Of individuals making less than US $30,000 per year, less than half own a smartphone. Conversely, over 78% of people earning US $75,000 or more own a smartphone9. Educational attainment and age also show a similar correlation, with older and less educated individuals less likely to own a smartphone than younger, more educated individuals. While the percentage of smartphone owners will increase in the years ahead within all socio-demographic cohorts, equity will remain a prominent issue without subsidies.

Apart from the smartphone, RFID technology may also play an increasing role in multi-modal transportation in the future. Unlike the smartphone, most public transit services, many carsharing, and several bikesharing providers currently enable user access through an RFID card, and some partnerships have already been formed. For instance, in 2009 the Chicago Transit Authority (CTA) and I-Go Carsharing began offering a joint carsharing and public transit pass. In New York, San Francisco, and Chicago, bikesharing systems are equipped with RFID card readers in anticipation of a multi-use RFID card. Similarly, B-cycle bikesharing equipment, which can be found in over 15 cities across the United States, features RFID card readers. And in London, the Oyster card has set the precedent for RFID admission as cardholders are able to access local and regional forms of the transportation network with a single card, including the subway, light rail, regional rail, trolleys, and buses.

While multi-modal RFID cards are already helping users access multiple transportation modes, they too have their limitations. Most apparent: RFID cards are unable to show expected trip times or give users an understanding of where the closest available bikesharing bicycle or carsharing vehicle is located. Recognizing this gap, the company TransitScreen developed a kiosk for public transit destinations that enables users to find which transportation options are available nearby. Hypothetically, a cardholder would be able to find their mode(s) of choice on TransitScreen − or a similar kiosk − and use a single RFID card to access them, regardless of the mode.

This, however, presents another hurdle for an integrated multi-modal platform that is either RFID or smartphone based: revenue sharing among service providers. Different fee structures and membership options among existing services can make the sharing of revenue exceedingly difficult. In other cases, some service providers may not find it in their best interest to list pricing options due to the ability to directly compare costs across modes and providers (i.e., competition). Not surprisingly, institutional barriers also exist in integrating services across organizations (e.g., data privacy concerns, Application Programming Interfaces {or APIs}, etc.).

Despite these hurdles, steps are already being taken to create a single platform for multi-modal transportation. Such a platform would exponentially increase the value of sustainable transportation modes through ease of use, accountability, and by creating virtual and physical connection points. As shared-use mobility continues to grow, so will the demand for seamless multi-modal transportation access. Ultimately, a fully integrated transportation system would create a more efficient, environmentally friendly, and economical solution for users in cities across the globe in the future.