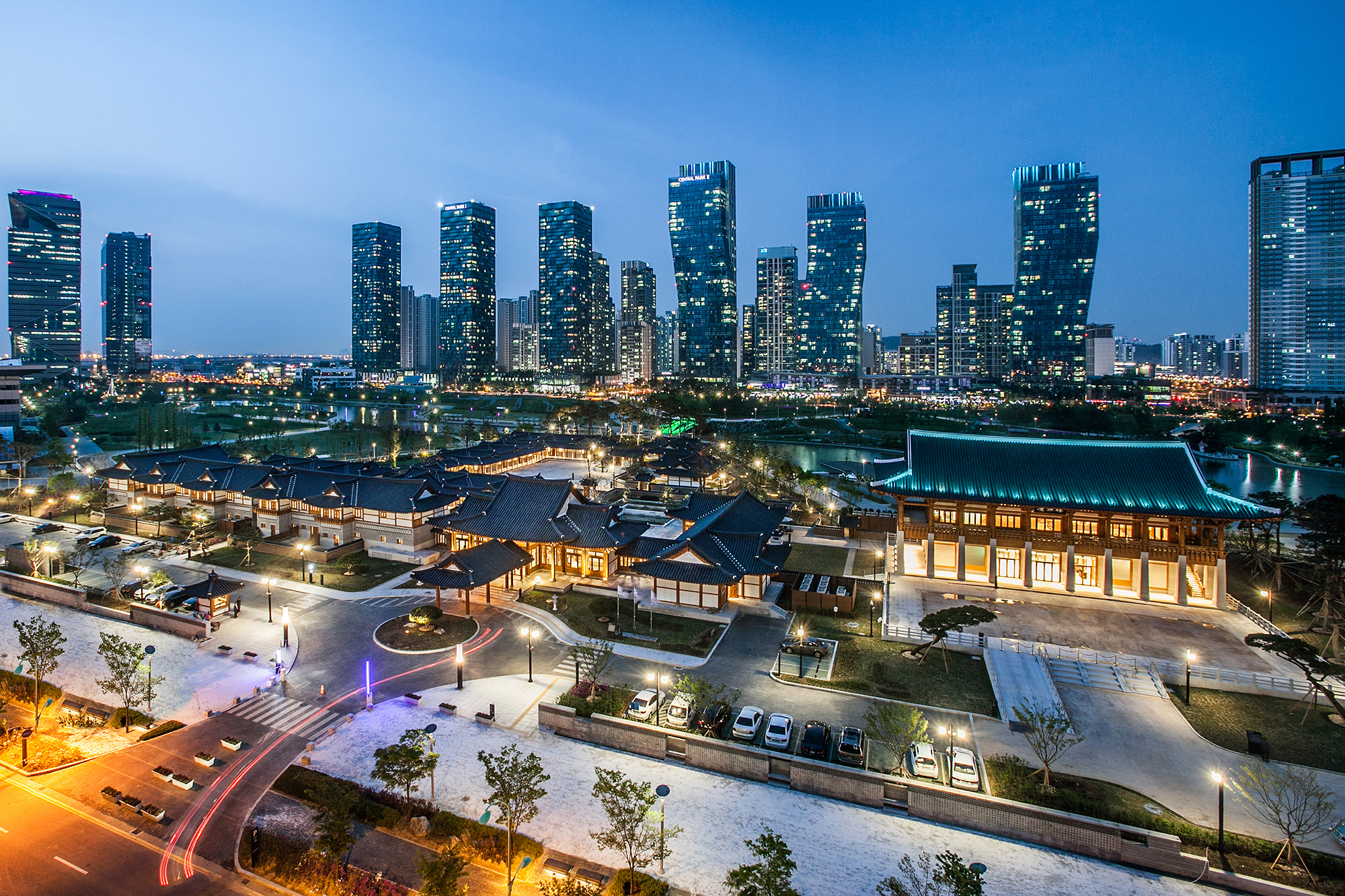 On September 23, 2021, NewCities convened the second edition of the Greenfield Cities Alliance Dialogues 2021 in New York City at Cornell Tech’s Verizon Center in partnership with the university’s Urban Tech Hub. Titled “Sustainable Urban Mobility Systems of the Future,” this installement explored how greenfield city projects might act as proving grounds for the proper balance of local-, walkable- and regional-, high-speed transportation systems of the (near-) future.

The session began with a keynote address by Canadian-American transportation planner Adam Giambrone, who ran projects in Toronto, New York, and Riyadh before joining the Saudi greenfield city project NEOM as its Director of Regional and Urban Mobility. In his opening remarks, Giambrone paid particular attention to The Line — an audacious plan to create a 140 kilometer-long urban corridor combining high-speed transit strung with local nodes of “five-minute cities” along its trunk.

Following his presentation, he was joined by ITDP CEO Heather Thompson and Starbust Co-Founder and COO Van Espahbodi to explore and debate the particulars of NEOM’s proposal, which recalls both Hong Kong’s extreme urban-rural divide and utopian projects such as Paolo Soleri’s Arcosanti, which sought to limit urban sprawl across the deserts of Arizona through its desert “arcology” concept.

During their subsequent discussion, the panelists debated the appropriate speeds- and scales of urban movement; how to balance the sheer audacity of building greenfield cities with the need to sustain existing urban systems; and even how to reconcile the energy intensity of our desires to move and to travel with the early pandemic-era lesson that the fastest way to decarbonize society is to simply sit still.

How do we resolve these tensions in the face of decades of climate change? Here’s what you need to know:

Greenfield cities are less useful as proving grounds for exotic vehicles such as autonomous shuttles than as testbeds for new policies. Banning private vehicles; instituting comprehensive road- and curb-pricing, and favoring intermodal transit systems are just a few examples of regulations that can be implemented, tested, iterated, and deployed in existing cities once proven successful.

2. The pace of scale of urban mobility has to become faster and slower, bigger and smaller

Contemporary urban developments are built around the needs and capabilities of private vehicles, which favors urban sprawl. Greenfield cities such as NEOM and emerging forms of electric mobility such as eVTOLs present the potential to experiment with alternatives. High-speed rail along The Line combined with walking and cycling yields a necklace of dense, connected nodes. Favoring eVTOLs over passenger jets offers the possibility of neighborhood airports rather than massive hubs. Greenfield cities can be places to experiment with low-carbon alternatives to today’s high-emission transportation.

The forces that have conspired to stratify- and spatially separate communities — zoning, unaffordable housing, daily commutes from the urban periphery to the center — are responsible for the long pre-pandemic commutes knowledge workers are eager to leave behind. But “15-minute cities” combining jobs, homes, schools, and commerce have proven difficult to create where these forces are still in effect. Greenfield cities offer opportunities to build more integrated communities from the outset, eliminating the need for traveling long distances daily.

4. Greenfield cities must respond to local climates and cultures; there are no universal principles.

A strain of urbanist thoughts holds up compact, walkable, and especially bikable cities such as Copenhagen or Amsterdam as the urban ideal — models that should be replicated in cities across the globe. But given their temperate climates and relatively stable population growth, they are arguably poor models for hotter climes and explosively expansive cities in the Global South. The greenfield city challenge is to develop new paradigms synthesizing historical best practices — 80% of trips within NEOM will be on foot or two wheels, Giambrone said — with systems best suited to moving large numbers of people.

The movement of people is, in some ways, pushing industrialism. When we think of everything built around roads; public right of ways, right to property, front city, legal issues, once you start thinking of taking those roads away, you have all the issues of utilities, because you have to reimagine all your systems as well. That’s one of the big challenges when you think about the new model of transportation, you actually run into other problems from the municipal services’ perspective.

If you really want to create a 15-minute city, you need to have compact, dense areas with lots of mixed use. And the biggest challenge usually is where you’re going to work. You can get all of your other daily essentials, maybe within a 15-minute walk or bus arrived to trip, but trying to find a way to actually provide jobs and commercial centers that are also within that distance is a real challenge.

Passengers would rather be late staying connected, rather than be on time with no activity. And I thought that was a mind-boggling perspective in terms of what is the requirement for citizens to move and to get to certain places, and I want to challenge the mindset of bigger is better. And I think we can sort of disaggregate intermodal transport going from regional small airfields to other regional small airfields.

The three fold mission of Cornell Urban Tech Hub is: