How Will Smart Lighting Impact the Future City?

A century ago, less than 10 per cent of the world’s population lived in cities. The next three decades will see the largest increase in the world’s urban population in human history. By the middle of this century, 6.5 billion people will live in cities, up from 4 billion today. By 2050, two out of every three people on earth will call a city home. Today’s cities consume more than 70 per cent of the world’s energy supply — a figure that will increase over time. 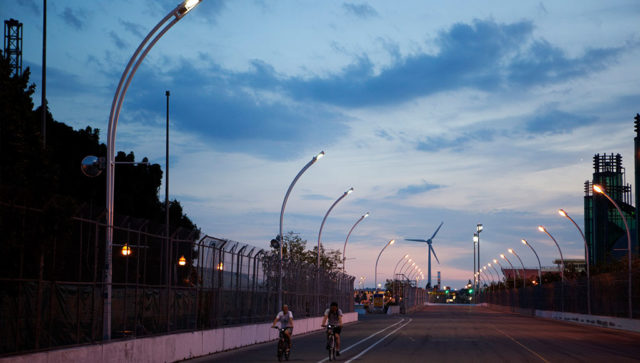 We are witnessing unprecedented urbanization and the rapid expansion of the middle class in emerging economies. This has heightened concerns about the secure, reliable supply of affordable energy, environmental impacts such as greenhouse gas emissions, climate change and loss of biodiversity, and shortages of materials, food and water.

As a result, resource efficiency is fast moving up the agendas of both the private and public sectors. Corporations and governments alike are having to develop strategies for a world in which natural resources and energy are becoming increasingly scarce and expensive.

More energy needs, a greater drain on resources…something has to give.

More energy needs, a greater drain on resources…something has to give. Can smart technology support our cities of the future?

I think so. Lighting accounts for 19 per cent of the world’s total electricity consumption. Almost two thirds of that energy is used for lighting commercial and public buildings in cities, with a further 15 per cent going to street lighting.

How will innovations in lighting lower the energy demands of cities whilst also shaping our urban spaces in future years?

Working together with The Climate Group

With that question in mind, Philips is working together with The Climate Group, the international charity working towards a prosperous, low carbon future. Together with The Climate Group, we launched a report in 2012 entitled Lighting the Clean Revolution: the rise of LED and what it means for cities. This report clearly demonstrated that LEDs are ready to be brought to scale in outdoor applications. Many commercially available, outdoor LED products offer cities high quality light, durability, and significant electricity savings in the range of 50-70 per cent. Through our partnership we have seen more and more cities begin to actively explore the switch to LEDs and request support and information. This was achieved through a series of workshops with cities organized together with The Climate Group, also focusing on the innovations in urban lighting. 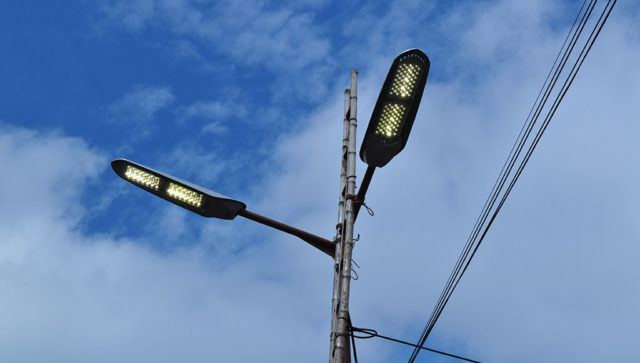 Turning off the Lights

One of the biggest changes is something that you may not — or should not — even notice. If you work in a smart office, you might already be aware of lights that come on when you walk into the room and turn off, automatically, when everyone vacates that room.

Well, imagine that same principle not only in offices, malls, supermarkets and public buildings, but in streets too. Connected lighting provides the right amount of light precisely where it is needed and when it is needed, enabling municipal authorities to save energy and maintenance costs and to reduce obtrusive light.

With modern day metropolises, half of a city’s energy budget is from public lighting – for example public offices, schools and outdoor lighting.

Cities must provide safer streets for both motorists and pedestrians and, although often overlooked, lighting can make a huge contribution in this regard. At the same light level, more than 80 per cent of people feel safer with bright white light than with traditional street-lighting solutions.

As it is the closest approximation to actual sunlight, white light is considered to be more authentic and comfortable. Its high levels of perceived brightness and superior color also mean that motorists, cyclists and pedestrians can spot possible dangers more easily.

On average, energy savings of 40 per cent are made possible simply by switching to energy-efficient lighting technologies such as LED. On a global level, that means potential savings of around €128 billion (USD 140 billion) in reduced electricity cost, or 670 million tons of CO2 (the equivalent annual output of 642 power plants).

With so much of the global population living in cities, municipalities will have to offer welcoming atmospheres to attract residents, visitors and industry. In short, cities themselves will have to become brands. High-quality, intelligent lighting helps make a city safer and more attractive, enhancing its brand identity — the distinctive signature that defines its appeal and differentiates it from other cities.

We are living in an unprecedented urban moment of opportunity. We should seize this moment and position humanity and the city at the heart of growth and development.

Harry Verhaar has over 20 years of experience in the lighting industry. Since the end of 2003 he has been the architect of the company’s lighting strategy on energy and climate change, which has resulted in a global momentum on phasing out of old lighting technologies.