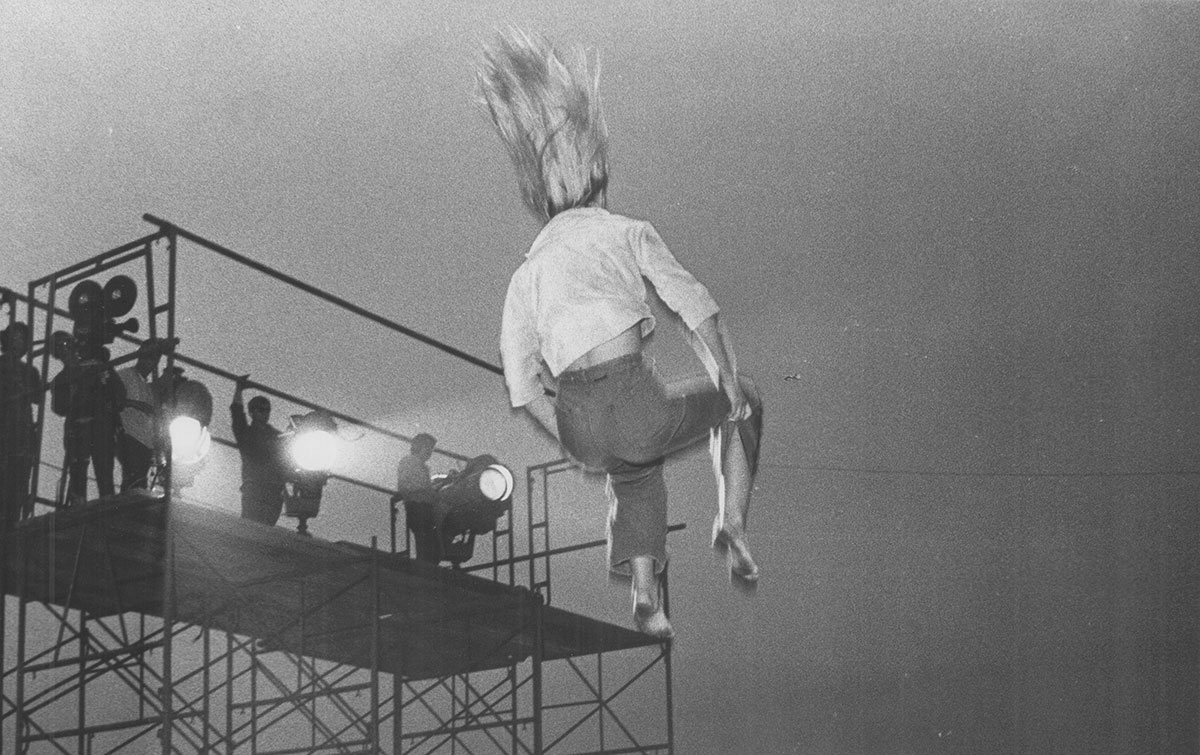 Social distancing. A blend of physical distancing and virtual organizing at a time of “pandemic peril” and “Google Urbanism” presided over by the World Health Organization and the happiness industry. In self-isolation as in lockdown, data collectors mine the coronavirus as well as the citizenry. What happens when digital surveillance becomes “good for you,” so to speak? When it’s good for your health, happiness, and well-being? Surveillance is more difficult to question and limit, but not impossible. Smile.

In 1977, philosopher Michel Foucault invites literary critic Roland Barthes to give a course at Collège de France. Not surprisingly, the pivotal themes are power, community, and individuality. To start, Barthes delivers a series of lectures called, “Comment vivre ensemble : simulations romanesques de quelques espaces quotidiens,” or “How to live together: Novelistic Simulations of Some Everyday Spaces.”

The course explores “idiorrhythmy,” a complicated word for a simple kind of ideal “living together,” one where groups would allow individuals to live according to their own space, speed, and rhythm. “It is no contradiction to want to live alone and live together,” says Barthes. He is eager to embrace nuance and to follow a subject wherever it may lead, from fiction to non-fiction—and back again. To do so, he also delivers a reading list with novels set in a variety of spaces, from a monastic Mount Athos in Greece to an apartment building in Paris, and a single, sordid bedroom in a pretty town called Poitiers.

But how, currently, to social distance and live together?

Today’s story unfolds not in a square or a street or a library, but in a public space formerly known as “home.” There, a disease-anxious citizenry splits into solo units that follow nudges from public officials on YouTube. Abled units join disabled units who had long been asking for remote work and learning. Urban units join rural ones who had long been asking for better Internet speed and stability. Not every unit can “afford” a home, but for those who can: families enjoy FaceTime, kids read Facebook, professors Adobe Connect with students, and managers survey a happy Slack while Spotify streams in moods.

Units are “Captives of the Cloud,” as designers from Metahaven put it. In French, home translates as chez soi, or roughly “at one’s own,” but no more. When units inhabit the cloud they say, We Live in Public.

The pandemic offers a curious, terrifying script, but one in which the future of the happiness industry couldn’t be rosier if it was written by the father of positive thinking, pastor Norman Vincent Peale. As the spotlight rightfully turns to the potential for privacy and rights abuse in the introduction of new virus surveillance —like “contact tracing” with location data in the name of “saving lives”—the happiness industry slips under the radar and goes on its merry way.

There are two reasons for this.

First, the happiness industry doesn’t need to be introduced because it’s already in the home—in the computer, the smartphone, the mood app, the virtual assistant, and the social network. Units don’t have a new lifestyle as much as a new “lifesmile.” Some units may be confused by what the industry is exactly, for “happiness” sounds sweet and silly—more self-help than dystopia. It also sounds wonderfully ridiculous, like an absurdist play where words lose any semblance of meaning. Is the discourse about “happiness” or “quality of life”? “Personal goals” or “social mores”? Is happiness an “emotion,” a “feeling,” or a “mood”? What about a “shallow satiation of desire”?

One person who knows is political economist William Davies. He wrote The Happiness Industry: How Government and Big Business Sold Us Well-Being. What often sounds like a progressive health agenda, where happiness could be handled like a form of subjective well-being or socio-economic support, is something else altogether. The industry is particular: it is a data collection activity that isolates happiness in the individual “psyche” and then aggregates it into powerful measurement and digital surveillance infrastructure.

“The mood-tracking technologies, sentiment analysis algorithms and stress-busting meditation techniques are put to work in the service of certain political and economic interests,” writes Davies. “They are not simply gifted to us for our own Aristotelian flourishing.” Surprise.

This relates to what sociologist Eva Illouz and psychologist Edgar Cabanas describe as “emotional capitalism” in their book Happycratie: Comment l’industrie du bonheur a pris le contrôle de nos vies, or Manufacturing Happy Citizens. Emotional capitalism also permeates Our Happy Life, a catalog edited by curator Francesco Garutti as part of an exhibition at the Canadian Centre for Architecture. “I have a theory,” says architect Reinier de Graaf to Garutti, in a related interview, “that as soon as things become the subject of discourse, that is the indication they have become a problem.”

What, then, is the problem?

When units share images of “social distancing dads” on Facebook, they’re not putting pictures in digital albums. The print analogy is misleading because Facebook’s DeepFace algorithm extracts three-dimensional models of faces, and DeepMask, SharpMask and MultiPathNet claim to see faces but also emotions, spaces, gestures, genders, and more. In 2012, Facebook and Cornell University look deep into the psyche of units to study “emotion contagion.” In a clandestine fashion, they modify over 600,000 news feeds with positive and negative words to see what would happen. Is there anything Facebook doesn’t want to see?

Microsoft’s Emotion API claims to objectively recognize emotions in facial expressions, but there is no scientific basis for inferring emotions from faces, as neuroscientist Lisa Feldman Barrett and her colleagues report in the most extensive review ever compiled on the matter. The claim is pure fiction—or “novelistic,” as Barthes would have it—and yet the API carries on.

Google’s TensorFlow makes similar claims to DeepMask, while Google Health and Maps use “location history” to track social distancing compliance, exposing the ubiquitous data collection already at hand. And with Google Urbanism, the problem scales even more. Toronto flirts with the happiness industry through Google’s sister Sidewalk Labs, with her “colonial experiment in surveillance capitalism” and pervasive, positivist imagery, while Dubai embraces it wholeheartedly, with its “Happiness Agenda” and hundreds of digital initiatives and CCTV networks.

Second, the happiness industry’s future seems rosy because it may very well find a new raison-d’être in the pandemic itself. The Lancet reviews the psychological impact of social distancing and quarantine, and although “limited” in its suppression of respiratory viruses, distancing creates post-traumatic stress symptoms, loneliness and depression. Even on occasion suicide. The happiness industry is an impatient solution in search of a solo problem, which social distancing delivers plenty of. As The New Yorker reports in an uncritical, giddy article, “We Know How You Feel: Computers are learning to read emotion, and the business world can’t wait.”

What happens when digital surveillance becomes “good” for your health, happiness, and well-being?

New social control and surveillance measures become difficult to question and limit, especially when cities and public spaces—like homes—normalize them during a crisis but without outlining the “common good,” consulting with “medical professionals,” having “reliable medical data,” proving “technological efficacy,” or setting things like oversight or sunset clauses. It’s important to be vigilant about new measures as well as older ones, and it’s therefore important to frame surveillance along security and identity lines as well as health and happiness ones.

“Liberal concerns about privacy have traditionally seen it as something which needs to be balanced against security,” writes Davies. “But today, we have to confront the fact that a considerable amount of surveillance occurs to increase our health, happiness, satisfaction or sensory pleasures.” En autres mots, it’s important to look back and to keep an eye on the happy file.