Understood as complex systems, cities depend on how well they work before a crisis to be prepared in the scenario of a turbulent future. Since 2017 when Quito released its resilience strategy, the city has been preparing itself to face challenges of all kinds, to recover, and to be stronger by focusing on its urban systems. Along the way, efforts aim at improving the quality of life of its citizens while looking at issues that affect the city day by day, such as social inequality, a deficient mobility system, a fragile natural environment, or a vulnerable food system. This offers benefits in a twofold manner: it equips us for a faster recovery of different systems, and prevents the effects that catastrophic events may act as amplifiers of the malfunctioning of such systems.

The agrifood system has been one of the main focuses of Quito’s resilience construction process. This system is dependent because a large part of the food consumed in the city comes from other regions of the country and abroad. It is vulnerable because the city itself, and the regions that provide food face natural threats that can greatly affect the system and, therefore, the availability of food. Finally, it is diverse, with very different socioeconomic and cultural dynamics in the north, centre, and south of the city, both in urban and rural areas, which contribute to its complexity.

At the beginning of 2017, a timeline was provided and a set of actors were invited to build the structure in which the food policy of the city would be anchored. Initially, a Multi-actor Platform was formed by 24 institutions and organizations, including different levels of government, food companies, farmers, consumers associations, universities, NGOs and international organizations, and civil society. This platform was later transformed into the Agrifood Pact of Quito (PAQ). Further showcasing the commitment and efforts of the city, the Agrifood Charter and the Agrifood Strategy of Quito were presented, built in consensus with the members of the PAQ, thus promoting the inclusion of food in the city’s planning agenda. 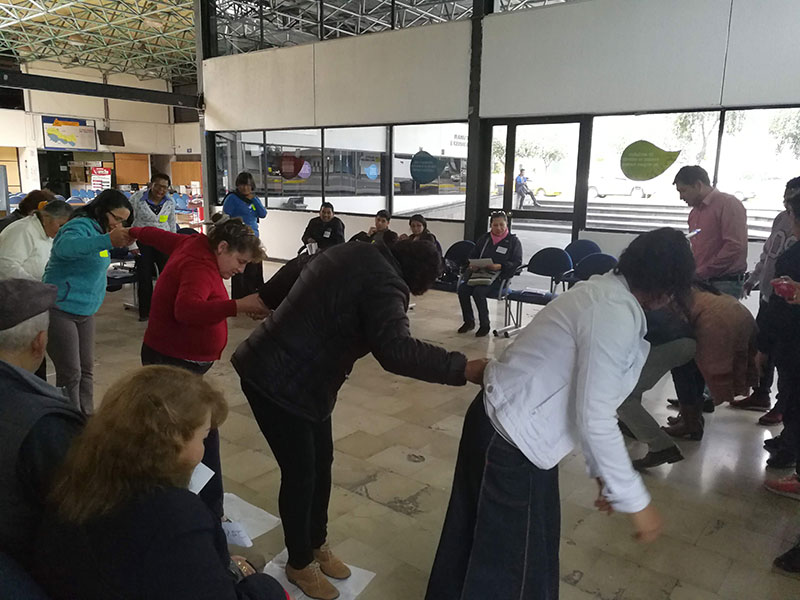 The next step was to understand the agrifood system. An analysis that was carried out by using a method developed for these purposes by bringing in experts in a wide range of related topics. During this exercise, it became evident that certain components are key to the proper functioning of the system and its vulnerability. One example is the decaying public food markets system of the city. Not only do the markets provide livelihoods to a large population that depends on the sales of fresh produce, but also makes affordable fresh produce available to many. The next step is to intervene in this system in a highly participatory manner to improve the service and food safety, reduce waste streams that degrade the environment, help better manage the mobility system of the city, provide new quality jobs, especially for youth and women, and to create a first response infrastructure in case of possible catastrophic events that may affect the city and its citizens.

The highly participatory process that is both building and implementing the transformation of the city’s food system, reminds us that Resilience is a collective capacity, offering opportunities for all while conserving and taking advantage of the services that nature offers us. This process, based on experience, good practices, and knowledge, allows us to understand that the challenge is big but full of opportunity, and that sharing and working in collaboration is essential. It is about getting to know our collective strengths and to work on our weaknesses and differences. From there, we can walk in what is known as “preparing to recover,” cleverly coined in the term “precovery”.

“The transformation we seek is possible and is embedded in the city’s most important system: its social system with a diverse population and an instinct to thrive.”

The result of strengthening the agrifood system, is a proposal that is built by the city, or even better, by the citizens. Furthermore, this proposal contributes to the five pillars of the Resilience Strategy of Quito, and shows how they all are related and dependent on each other. The proposal is outlined below:

Proposals like the one presented here require a city and all its citizens working in tandem; not only the territory, and not only its settlers. Our first step was actually the most important: taking up the challenge, aware that doing so is a long, permanent, committed, but imperative path. We also know that the transformation we seek is possible, that it is embedded in the city’s most important system: its social system with a diverse population and an instinct to thrive.

David Jácome-Pólit, Master of Science with double specialization in architectural engineering and technology in sustainable development (TU Delft). Currently holds the position of Metropolitan Director of Resilience and Chief Resilience Officer as part of the 100 Resilient Cities initiative. Former resilience advisor for the United Nations Development Program in Quito. Member of the Esteemed Program Committee for the ICLEI Resilient Cities 2018 / 2019 Congress, organized by ICLEI - Local Governments for Sustainability -, and member of the Advisory Group for the Communities and Affordable Homes Summit (US Green Building Council).