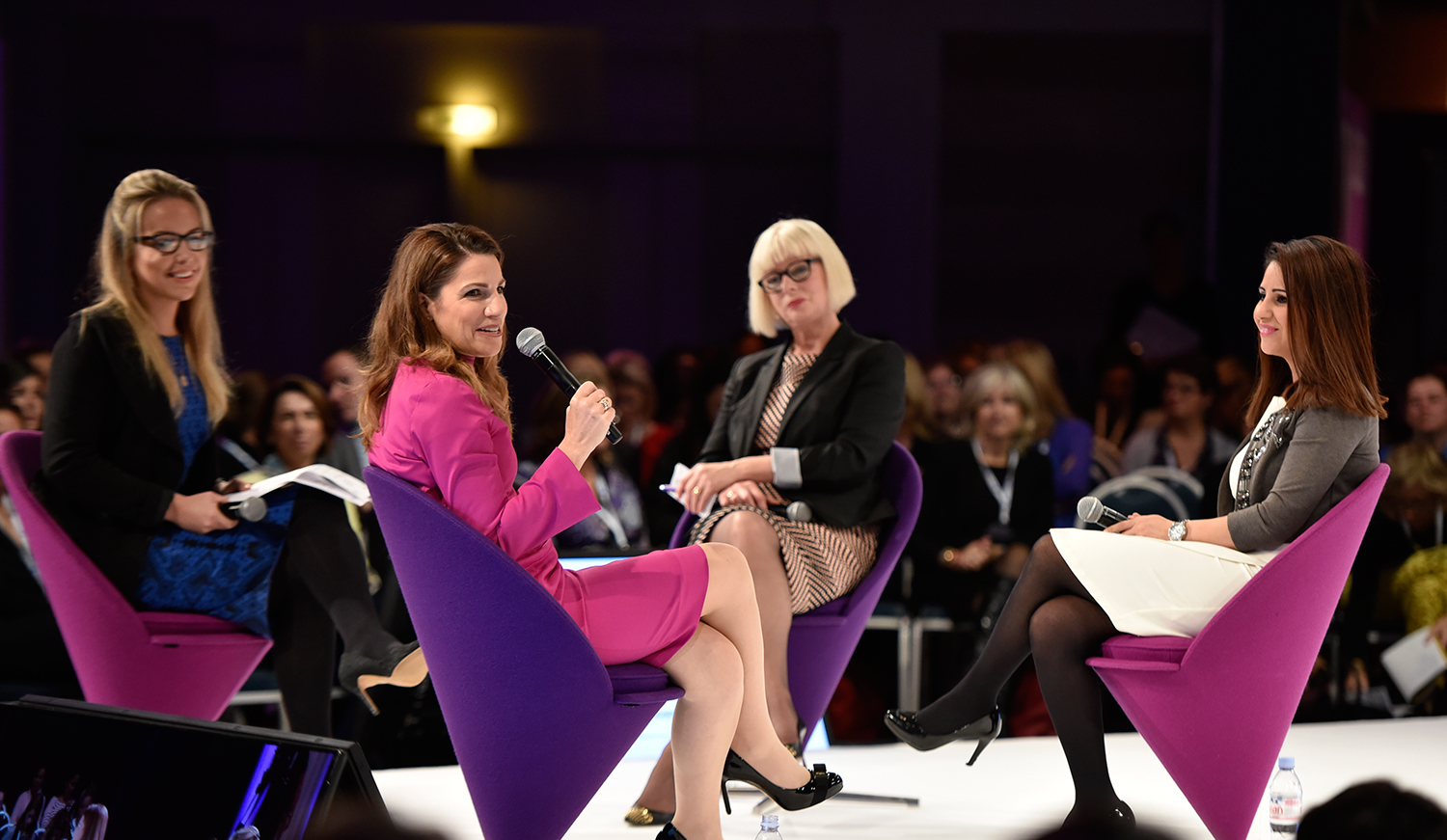 Chiara Corazza is the Managing Director of the Women’s Forum, a leading platform dedicated to highlighting women’s voices and perspectives on global issues. On the occasion of International Women’s Day, NewCities Executive Director Sébastien Turbot sat down with Ms Corazza to discuss how cities can take the lead in promoting gender progress.

Sébastien Turbot: Chiara, before joining the Women’s Forum, you served as the General Manager of the Greater Paris Investment Agency for nearly 15 years. You also created Metropolis in 1985, which is the first global association of large metropolitan areas. From your experience, what is the role of cities in promoting gender equality?

Chiara Corazza: To me, the question is more about how gender progress can create impact by better redesigning the cities of the future, rather than what cities can do to promote gender progress. By bringing the voice and vision of women into shaping smart cities, we can strike a better balance between life and business. Innovation in a disrupted world must include more and more of women’s ambitions to create a city that corresponds to the needs of both men and women. For instance, women may like to create cities that mirror their homes – spaces that are secure, clean, practical and where everyone feels comfortable and content.

It is key to bridge the divide between men and women so that they can collectively contribute to a better life in cities. This is the challenge at the core of our event Women’s Forum Singapore in September, where we will take insights and ideas on innovation and smart cities through the vision of leaders, both men and women, in order to take a collective approach when it comes to building cities of tomorrow.

ST: What are some of the best examples of city leadership you have seen when it comes to empowering women?

CC: There are women across enterprises, from energy to mobility, health to transport who are inspirational within their own sector. For example in France, ENGIE CEO Isabelle Kocher and Catherine Guillouard who leads the Paris public transport operator RATP are actively contributing as role models and empowering women. Despite that, political representation is limited – with only 26 women serving as Mayors of 300 of the largest cities in the world. This is where we have work to do. We must recognize women who are responsible for metropolises as leaders who not only manage but also bring added value to these regions. Valérie Pécresse, President of the Ile-de-France region, Karin Wanngard of Stockholm, Patricia de Lille of Cape Town and Yuriko Koike of Tokyo have all added their voice to the call for women’s empowerment, and have opened doors for more women in local politics. Women’s leadership at the city level tends to bring in better infrastructure, better education, better quality of life, better equality and, consequently, a better tomorrow.

ST: In the last four years, we’ve seen a wave of female politicians who have been elected Mayor in some of Europe’s major cities, including Madrid, Paris, Rome and Prague. Is this a sign of changing times for female political leadership?

CC: Yes, it is true that more and more women are committing to this political challenge. However, the World Economic Forum revealed in 2017 that women only represent 23.3% of political representation, of which only 51 women preside over Houses of Parliament. There is indeed a shifting trend for women’s representation in politics, and we must grasp this opportunity to bridge the immense gap in political representation. We must continue to increasingly identify and represent merit, not only in Europe but across the globe.

ST: The next Women’s Forum will take place in Canada on 10-11 May 2018 on the occasion of the G7 Summit. Prime Minister Trudeau has announced that all themes on this year’s G7 agenda will include a focus on gender equality and women’s empowerment. How will the discussions that will emerge from your Forum support G7 leaders in bridging gaps, especially in this increasingly divided world?

CC: The theme of the Women’s Forum Canada is “Bridging Humanity, a Call to G7 for Inclusive Progress”. Centered around the four pillars of global economic growth, inclusivity, climate change and technology, the Women’s Forum Canada aims to take a holistic approach to these issues and show the need for collaboration by bridging cultures, industries and most importantly, humanity. By providing a multi-stakeholder approach and diverse opinions, we will engage for impact by creating concrete solutions – all the while calling for women’s leadership.

ST: We are currently seeing a global trend of city leaders truly turning into international diplomatic players. Mayors are working across municipal and national borders to solve some of most pressing global issues, from climate change to international migration. How can municipal leaders outpace their national counterparts when it comes to closing the gender gap?

CC: As you mentioned, I was responsible for Metropolis in 1985 and the association had the objective of bringing together local stakeholders such as Mayors and Governors of regions in order to exchange best practices and take advantage of these practices in urban management. It was a unique endeavour for its time and the initiative highlighted the relevant role of Mayors, governors and presidents of cities and regions. As the liaison between people and government, local leaders have more and more impact in each sector of society today, not just nationally but internationally. The C40 Cities Climate Leadership Group chaired by Mayor of Paris Anne Hidalgo is great proof of that: from Mexico City to Milan, Cape Town to Copenhagen, Mayors are uniting across the world in their pledge to fight climate change.

And in unity we must set a foundation by giving the floor to more and more capable women. Once we provide men and women equal access to representation, they must serve as role models for good governance and strive to improve the economy and our society. By approaching the issue together, we pave the way for a more equal and inclusive future.