Harnessing the Energy of the Market to Improve the Night

The urban night has been a place for cultural innovation for many decades. Entire social and cultural streams have been created through artistic communities breaking the rules and experimenting with different forms of expression.

Music is one of the best examples of how a genre can influence the way how people think, dress, and act. In the second part of the seventies punk shaped London musical history and social debate, as did modern-day hip hop culture from New York and techno culture from Berlin in the nineties. Music scenes shape a city’s identity and are a big driver for its success. The city’s nightlife contributes and strengthens the (inter)national position of cities as creative capitals. Here, like-minded individuals find each other and creative talent develops, allowing the creative industry to bloom and improving the urban economy. Nowadays many city governments can sometimes underestimate how much impact cultural vibrancy has – especially those with a growing population and a lack of space in inner cities. But to be able to experiment in art and culture, artistic communities need accessible and affordable space to meet, rehearse, and perform. 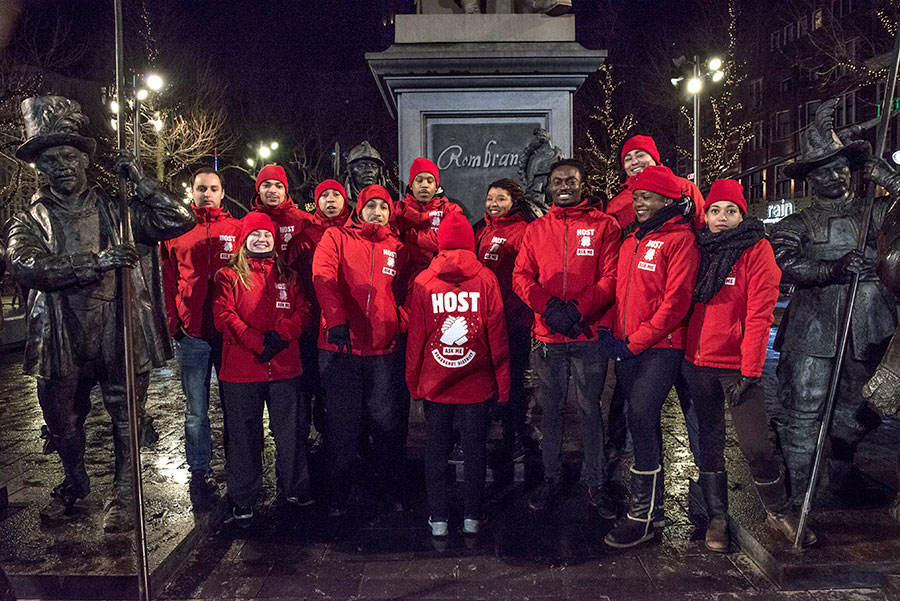 We believe that rule breaking can lead to positive change[1]. Often people think that real change requires big investments but an alternative is expertise combined with experimentation. This is where the magic is. To improve cultural vibrancy in cities, there are three key factors that are crucial for success: 1. A strong creative community and its output, 2. affordable and accessible creative space and 3. a supportive policy framework. These three elements are always in place when cultural innovation is happening. Based on this principal, together with my business partner Berlin’s Club Commissioner Lutz Leichsenring, we created a nightlife impact study called Creative Footprint[2]. At the moment we’re researching Tokyo and have previously focused on New York (2018) and Berlin (2017). Creative Footprint finds answers that push back against gentrification and empowers night scenes to influence decisions makers. During my period as the night mayor of Amsterdam, I learned that policy changes always come in small steps. Therefore it’s important to start pilot projects and experiments that show the relevance of cultural driven nightlife communities. Often when people go out at night to see a live show or hear their favorite dj play, they won’t cause problems for authorities. Slowly but surely city governments start to understand the difference between problematic alcohol driven nightlife and culturally relevant night scenes but we still have a long way to go. These creative communities can lead to positive change when they get the opportunity to combine their talent and expertise in a setting where rule breaking focuses on what’s left to learn.

Unless leadership will stand up against big market players, cities, districts, and neighborhoods will continue to gentrify and push artistic communities further out of the city. Therefore, we summon cities around the world to think about how they can bend the energy of the market[3] into something positive and harness the power of the artists that bring vibrancy, culture, and change to our cities.

1. Rebel Talent, Why its Pays to Break the Rules at Work and in Life. Francesca Gino, UK 2019
2. https://www.creative-footprint.org/
3. https://charleslandry.com/themes/creative-bureaucracy/

Mirik Milan was one off Amsterdam’s first night mayors, and longtime creative director of some of the Dutch capital’s most celebrated events.

Since 2012, he has played an instrumental role in the reshaping of Amsterdam’s nightlife scene into one of the most vibrant and economically robust in the world, and his innovative position is fast becoming replicated in major nightlife-focused cities around the world, like New York, Paris and London.

Mirik’s start in nightlife came in 2003 as the promoter of electro night Rauw. Along with DJ Joost van Bellen, Mirik introduced artists like Erol Alkan, Boys Noize, Justice, Busy P, Crookers, Brodinski and Gesaffelstein to the Dutch dance scene, and lead to him producing events for Stedelijk Museum, Spotify, DIESEL, PAX, Aids Foundation, Amnesty International and the City of Amsterdam.

His vast experience and familiarity with the Amsterdam scene made him the perfect candidate to head the city’s new nightlife office (2012 – 2018). As the inaugural Nachtburgemeester, Mirik was the figurehead and spokesperson for all things concerning nightlife in the Dutch capital. His team’s major achievements include working with the hotel and catering industry to introduce of 24-hour venue permits and bringing innovative approaches to dramatically reducing crime in the city’s once troubled Rembrandtplein district.

Mirik also launched the Nacht voor de Nacht, a citywide, multi-venue club festival where partygoers can go between 25 different nightclubs with just one ticket. The event was a huge success, and as well as bringing valuable revenue to the clubs, Nacht voor de Nacht encouraged healthy discourse between clubbers, promoters and local residents, something which has become a hallmark of Mirik’s work in Amsterdam.

In 2018, Mirik gave over 25 international talks to city governments and planners, advising them on how to better deal with their Night Time Economy; and came a partner for the Creative Footprint—a global civic initiative that measures and indexes creative space. Founded by his Berlin counterpart Lutz Leichsenring, the Creative Footprint sees Mirik work more intimately with major global cities looking to monitor and stimulate their creative and nightlife economies.

A Superkilometer as a New Territory

Keeping Orlando Moving Through the Night

Toward a 24-Hour Sydney

Urban Nighttime Design: Bridging the Gap Between Community and Technology

The Ever-Changing Politics of the Night

Childcare At Night: Necessary Responses in the 21st Century City

Nightlife and Culture in Washington, D.C.

Shawn Townsend
Director of the Mayor’s Office of Nightlife and Culture, Washington, D.C.
Get Our Newsletter
© Newcities Foundation. All rights reserved | Web development update by Womko