The Dutch have a long-lasting tradition of managing water and doing so effectively has become part of the national identity. Much of the country sits below sea level, and that is why it’s protected by 3,700 km of dikes. The country lies within a river delta and is built up from sediment which is in some parts, gradually sinking. Now climate change brings the prospect of rising sea levels, more erratic rainfall patterns, heatwaves, and more extreme river high-flows as well as low-flows during periods of drought. These effects are reason enough to adapt to a changing climate and that is probably why Rotterdam was the first city in the world to have an adaptation strategy and now co-hosts the Global Centre on Adaptation. What can we learn from the low-lying Dutch cities?

Building resilience of urban and rural areas falls within the policy of the Nationwide Delta Plan. Cities are encouraged to develop an adaptation strategy and are supported by a national Climate Impact Atlas. The Atlas contains maps with result impacts under current and future climate scenarios. Since 2014, the Delta Plan specifically targets local adaptation of towns and cities. Cities are not forced into adaptation strategies, they are encouraged and supported by tools; a web portal, as well as financial and community support. All municipalities have committed to performing a climate risk assessment with the Atlas (the so-called Climate Stress Test). Based on this test, cities formulate their ambitions in an adaptation strategy or plan. This plan needs to feed into other city plans and policies and must be aligned with the actions and needs of citizens and the private sector.
Visualization of fit-for-purpose scientific information about climate change impacts

Accessibly-tailored climate information is essential for effective adaptation in cities. Over the years we have learned that for cities to act, it is important to visualize climate information in such a way that it ‘connects’ with the priorities of the city. Adaptation needs to be ‘mainstreamed’ into various activities that the municipality already undertakes. This means climate change needs to be communicated to a wide range of actors from different departments and sectors. Many Dutch cities have developed so-called ‘story maps’ based on the Climate Impact Atlas, to translate climate science into information that the local officials, water experts, advisors, or other professionals can understand and work with.

Only about 30 – 40% of the city area is public property. The rest is privately owned. Cities are being shaped not only by the city government but by its inhabitants and businesses. How can we use their creativity and power to shape climate-proof cities? One of the key things is that both businesses, as well as inhabitants, are triggered by ‘positives’. Rather than repeating the message that climate change is a huge threat to the city, the challenge is to create a general feeling of collective action. People are encouraged to build with nature by planting trees, removing hard surfaces from their gardens, and more. 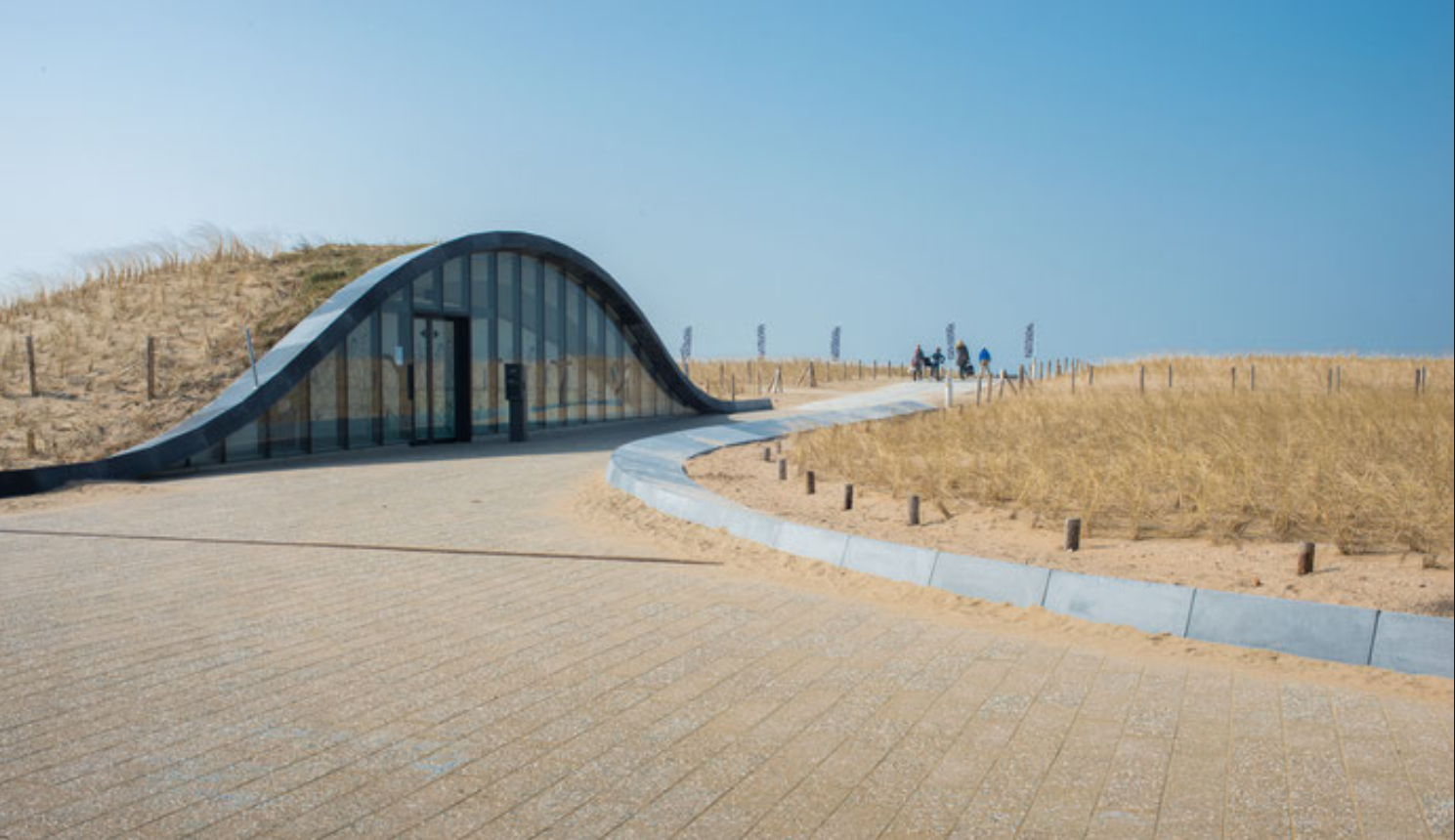 Investments in adaptation are crucial for low-lying countries such as the Netherlands. As a result, foreign investors are increasingly interested in information about the physical climate risks of investing in low-lying places. Physical climate risks threaten the interests of investors and lenders, especially those with interests in real estate and infrastructure assets [1]. Regulators, investors, and lenders are becoming increasingly aware of the possible implications of physical risks across different parts of the financial system, but they are also searching for practical, analytical approaches to guide their decision-making. A Climate Damage Calculator was developed, that enables cities to access information about climate risks translated into damage in financial terms. Thoroughly understanding the impacts of climate change on a real estate portfolio may even lead to developing a competitive advantage in asset allocation. However, there is still little understanding of how these risks can be assessed, and therefore reported, managed and, ultimately, reduced.

“The challenge is to develop a value-oriented perspective that integrates local goals with nature-based action.”

Turning risk into resilience requires positive attitudes and ambitions of all parties involved. The challenge is to develop a value-oriented perspective that integrates local goals with nature-based action. Open access to fit-for-purpose risk information accelerates action and budget allocation to ensure a basic level of safety and prevention of malinvestment. Further, building true resilience requires government policies and regulations to be complemented by bottom-up action from citizens and the market.

Hasse Goosen (PhD) is the founder and director of Climate Adaptation Services, the organization responsible for the management of the knowledge portal and climate information webviewer on climate adaptation. Hasse supported numerous governments at different administrative levels in the development of adaptation plans and strategies for delta areas and river basins. He has an affiliation with Wageningen University as a guest lecturer.