At the Madrid City Council, we have a firm commitment to promoting gender equality and fighting the continued discrimination which women face daily. Our society needs a breakthrough and profound transformation in this regard. The structural inequality between women and men takes many forms such as violence against women on the most brutal front, the wage gap, unequal distribution of care work, the persistence of sexist stereotypes and the alarming rise in macho attitudes among the younger generation. These forms of inequality require a determined and firm response from all of us.

A year ago, the Madrid City Council created the Department for Policies of Gender and Diversity in order to coordinate efforts to eradicate the perverse effects produced by our patriarchal society. It is a task that involves all branches of government, even if these are themselves fueled by such a culture. We are currently improving the network of municipal resources dedicated to addressing gender violence, whether it occurs in our closest surroundings such as in couples or former couples, or in networks of human trafficking and sexual exploitation. We are improving mechanisms of early detection, the coordination between municipal services, and strengthening the reparation process for victims. We also wanted to address other manifestations listed in the Istanbul Convention such as violence and sexual harassment, female genital mutilation and violence against the LGBT community. We have started this undertaking from within by offering equality training to our staff and including a gender evaluation for municipal budgets, an initiative that has been in place for three consecutive years now. 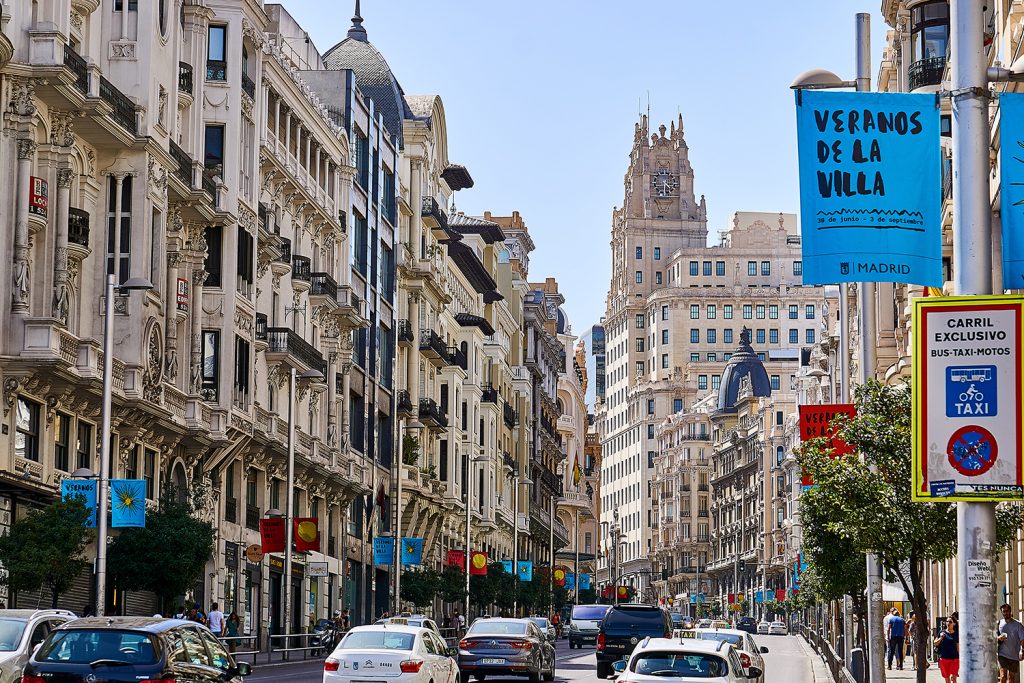 We are aware that we will never win this fight alone. We need help from a society that is firmly committed to rejecting and denouncing sexist attitudes. Campaigns such as Por unas fiestas libres de violencia (“For Parties Free of Violence”), Barrios por los buenos tratos (“Neighborhoods for Good Treatment”) or El amor no duele (“Love Doesn’t Hurt”) are all examples of restless commitments to win this fight.

The Madrid Espacios de igualdad (“Spaces of equality”) play an essential role in our awareness-raising efforts. These are municipal resources designed to empower madrileña women based on what they have to say. These spaces legitimize women’s knowledge, strengthen their ability to impact their own lives and environments, and provide them with a safe space to review and question the gender roles that have been generated by a patriarchal society. The Madrid “spaces of equality” are not reserved for women only and act as a place of reference for citizenship and associative networks in neighborhoods. We can only face this great scourge if we walk hand in hand and deepen alliances between institutions and civil society.

We can build equality with education, learning to respect diversity and valuing the contribution of difference. This is why activities in these spaces revolve around two fields: Escuelas de Empoderamiento (“Schools of Empowerment”) and Escuelas de Igualdad (“Schools of Equality”). The former specifically targets women and offers psychological, legal and professional development support. The latter, open to all citizens, raises awareness and mobilizes the population around issues of equality by disseminating the great contributions brought by feminism and implications around the concept of gender. We want there to be one school in every district. Since we have taken office, we have nearly tripled the number of schools, going from five to 13.

These “spaces of equality” are an example of a much broader policy, where the gender approach is embedded in how we perceive the city of Madrid: a sustainable, open and united city where sustainable economic development, care facilities, human relations, environmental conditions, mobility, social participation and leisure all coexist harmoniously. In short, the balance between private life and public space. Here are two examples to illustrate this strategy: our practical urban planning guide Ciudades Igualitarias (“Equal Cities”) developed in partnership with the Department of Sustainable Urban Development, and the project Madrid, ciudad libre de violencia contra las mujeres y niñas (“Madrid, a City Free of Violence Against Women and Girls”) sponsored by UN-Women to fulfil the right to a life free of violence.

Back in the day, we talked a lot about care and care work, which are important concepts but still carry an added discriminatory burden in the case of women. Care talk has historically been about and for women only, and this has always been an obstacle to women’s personal development. This is why we are coordinating citizen networks, in addition to making participatory diagnoses about this reality, and launching actions to address our collective responsibility in the equitable distribution of care work.

We have a centuries-old scourge behind us. Ahead, we have a long way. I know there are many challenges but I also know that, every day, the collective will to go through these challenges grows stronger.

Manuela Carmena Castrillo has been Mayor of Madrid since 2015. She is a former lawyer and emeritus judge of the Spanish Supreme Court. She has represented Spain in The Working Group on Arbitrary Detention of the United Nations. She also carried out international legal cooperation work in Nicaragua, El Salvador, Honduras, Peru, Guatemala and the Democratic Republic of the Congo. An innovative and social entrepreneur, she has maintained teaching activities to rethink and humanize justice.

The Future of Women in Cities

Why Cities Must Be on Front Line of Gender Progress

How Geneva Has Made Gender Equality a Political Priority

A Call for Inclusive Progress

Building Opportunities for All in Christchurch

Reinventing our Way of Life in the City

My Experience with Gender Participation in Nili, Afghanistan

Why We Need Women-Led Cities

Pressing for Evolution in the Field

Can Architecture Press for Progress in Gender Parity?