Cities are the powerhouses of nations delivering agglomeration economies that boost productivity. As cities grow and become more spatially dispersed, travel becomes a necessity which, if left unchecked, leads to congestion which eventually weakens the benefits of agglomeration (Graham, 2007). The cycle of growth – congestion – dealing with congestion, is unlikely to be cured by road building if for no other reason than cities will run out of space and resources. Putting an end to the downward spiral of congestion diluting agglomeration requires new ways of thinking about accessibility in cities.

A step change in technology promises to enable new transport paradigms which in turn can lead to greater sustainability. Whilse the speed of technological change can vary, dramatic outcomes can occur when the right technologies come together at the right time. Gao et al (2016), for example, argues that economies are changing, consumer preferences around ownership are changing and digitization, increasing automation, and new business models are revolutionising industries and will eventually impact on the way in which cars are used. Enabled by this step change in technology, Mobility as a Service (MaaS) is potentially a new transport paradigm which sees the integration of the customer interface and the business back office to provide the traveller with tailor made options which vary by mode, time and cost going from their origin to their desired destination.

The technology has clearly come of age to enable MaaS. The buzz around MaaS is growing, but there is still no single interpretation. All definitions emphasise the service nature of mobility in contrast to mobility coming from an owned physical asset such as a car. MaaS has multimodality at its core and encompasses all modes – from cars (owned and shared) to public transport modes (buses and trains) and taxis (including the Transportation Network Company offerings such as Uber and Lyft) (Transport Systems Catapult, 2016). 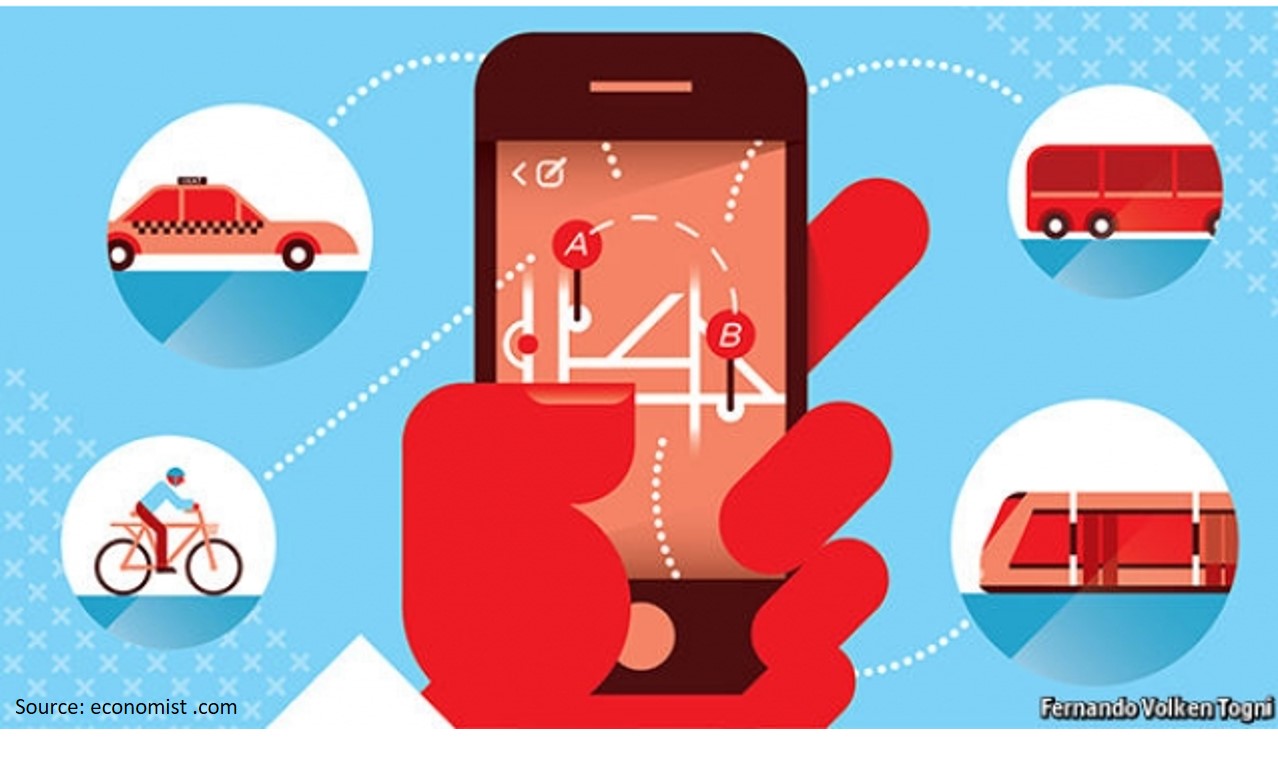 Apart from enabling technology, what else will MaaS need in order to be successful at disrupting the seemingly entrenched travel practices in cities to give greater sustainability? Will the culture of private car ownership continue to dominate, offsetting the benefits of MaaS and weakening its potential for success? This latter question posits one of the biggest obstacles for transition to MaaS – the need for a cultural shift away from personal car ownership towards the multiple, often shared and public MaaS offerings.

Car loving nations such as Australia have cities which have been shaped by the private car. Compared with Europe, Australian cities sprawl with low density populations, constrained only by natural barriers such as mountains or oceans. Although in Australia, as in other car-reliant cultures such as the US, there does appear to be a general decline in car use displayed throughout the population but especially by the millennial generation. For MaaS, this shift is good news: millennials are glued to their smartphones and also appear to have a different cultural view of personal car ownership. But for MaaS to be really successful, there needs to be changes in perception and cultural practices that embrace shared ownership and shared rides throughout the population and not simply in the Millennial generation. There are some signs of this happening with the year on year growth of car-sharing schemes in all areas of the globe (Shaheen and Cohen 2016) but it needs to be faster and all-embracing.

And finally, choice studies of demand have shown the excitement for MaaS is not entirely shared by respondents as potential consumers. MaaS packages are seen by developers as needing to include a public transport element but the willingness to pay for this element is typically lower than the current fare. For the customer, MaaS bundles are likely to be attractive only if they offer discounts on the current price or fare regimes and/or be competitively priced relative to the private car alternative. For suppliers the critical question is how to procure the elements of the MaaS service and package them at a price customers are willing to pay, especially as public transport operators are typically unwilling to provide discounts on their fares. The real difficulty, especially for car owners, is that MaaS packages appear expensive – this is because MaaS packages have relatively high marginal cost as compared to the low marginal cost of the private car, once owned, since travel behaviour appears to forget the fixed costs and depreciation of car ownership.

On balance, the future success of MaaS is uncertain. The trials have yet to show that MaaS is even a qualified success. For MaaS to re-image how we travel in our cities to realise sustainability benefits is something we need to hope for rather than seeing as a guaranteed outcome.