People around the world tend to lump New Orleans and Miami into a general category of hospice urbanism. But, these two cities could not be more different. If I were to invest in one over the other, I would invest in the people of New Orleans over the assets of Miami. It is the history, culture and form of New Orleans that gives it a distinct comparative advantage. Indeed, ideas of managed retreat in Louisiana are centuries in the making with the disappearance and persistent of settlements on a generational scale in concert with the ebbs and flows of riverine dynamics. To the contrary, Florida’s history can be understood as a spontaneous combustion of real estate marketing in the 1920s. Cultural fluidity in New Orleans is capital liquidity in Miami. Miami has a future that is likely defined by a wealthier cohort of residents living in consolidated high-ground urban service districts that are economically defined as ‘defensible.’ This may lead to climate gentrification and the displacement of not just people but corresponding cultures that are already under pressure from the gloss of a dominant monoculture defined by the global consumption of art and addresses. While Miami drowns, people tape bananas to the walls at Art Basel.

New Orleans has had its fair share of post-Katrina displacement that rivals that of Miami in absolute numbers. However, what makes New Orleans unique is its encoded DNA in the built environment and among its social networks to constantly write and rewrite a range of values the bring vitality to the city. It is this capacity for the continuity of values that is a powerful antidote for adapting to the physical and social stresses of climate change. This physically encoded DNA is in its density, its gardens, its social spaces, and its ritual of place. Miami’s malls, concrete sidewalks to nowhere, and blistering landscape of Royal Palms only exacerbate its structural and social isolation as a collection of suburban municipalities connected by toll roads. In this sense, Orlando’s emptiness may very well be an adequate substitute for the outflows of Miami’s population. One day there will be a megalopolis growing out of the region between Gainesville, Tampa and Orlando—and Miami will just be a slang term for neighborhoods of climigrants who bring whatever artifacts that they can squeeze into a U-Haul. Managed retreat will be mean moving graveyards, memorizing recipes, and finding new tribal allegiances in sports teams—hopefully with a better record than the Dolphins and the Hurricanes of late.

“We must move beyond material solutions to find meaning in those aspects of culture and community that speak to persistence and adaptation.”

We must move beyond material solutions to find meaning in those aspects of culture and community that speak to persistence and adaptation. New Orleans was right there in front of us the entire time, screaming the obscenities of tax policy, civil engineering and environmental justice. Someone listened—infill development is going-up on high ground in New Orleans. The programmatic conversion for humanizing the city’s brownfield legacy is well under way. But, who will benefit? The onus is on the city to utilize this high-ground momentum to advance not only accessibility to housing, transportation, healthcare and education for its current residents, but to prepare for future generations who themselves will be carrying the burden and opportunity of displacement. A major challenge of managed retreat is to utilize displacement as a catalyst for sustainable economic mobility.

High-ground districts will need to programmatically address not just housing, but also new forms of work, socialization, childcare, and consumption. A transition to a low-carbon economy will challenge the conventions of work and employment in an oil dominated state like Louisiana. As the Gulf Coast adapts its economies, the region will need new technologies and skills that speak to new modes of education, logistics and energy. Led by Tulane University, New Orleans has a strong head start to mediate a knowledge economy with an industrialized economy. High-ground districts must have the adaptive capacity to address not only environmental risks but also economic opportunities that can be shared by a diverse constituency of residents.

There is hope for Miami despite its structural disadvantage. Miami’s public and civic leadership is second to none in addressing climate change. But, its future might very well rest on the private sector’s faith in their capacity to continue to build on the backs of the marginalized. So, if you are real estate investor and you are looking to diversify your portfolio, then maybe you should consider New Orleans. However, you should know that the sustainable long-term accrual of value will require an impetus to utilize your investments as a means to advance social and environmental impact. In the alternative, you can seek short-terms gains by playing a game of musical chairs in Miami. But, in New Orleans, the music never stops.

Jesse M. Keenan* is a social scientist and a member of the faculty of the Graduate School of Design, with a joint appointment at the John F. Kennedy School of Government, in Science, Technology and Public Policy at Harvard University. Keenan’s principle research focus is on climate change adaptation and the built environment, including aspects of design, engineering, financing, regulation and planning. Keenan holds concurrent appointments as a member of the U.S. delegation to the Intergovernmental Panel on Climate Change (IPCC) and as a Visiting Scholar at the Federal Reserve Bank of San Francisco.

*Note: This essay is the viewpoint and sole responsibility of the author and does not represent the viewpoint of Harvard University, the Graduate School of Design, the John F. Kennedy School of Government, the Federal Reserve Bank of San Francisco, NewCities or any other institutions associated with the author. 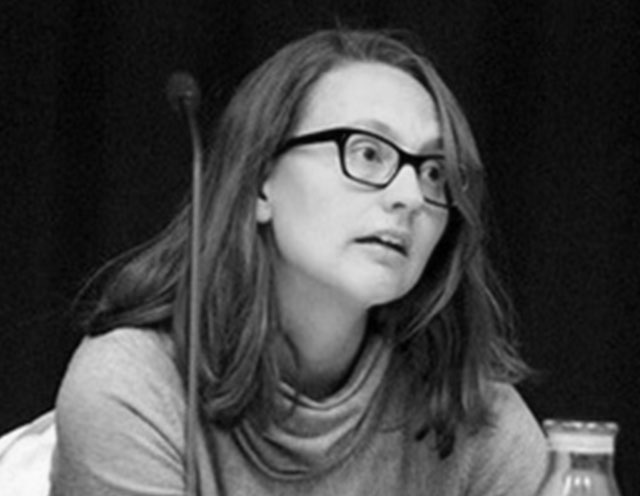