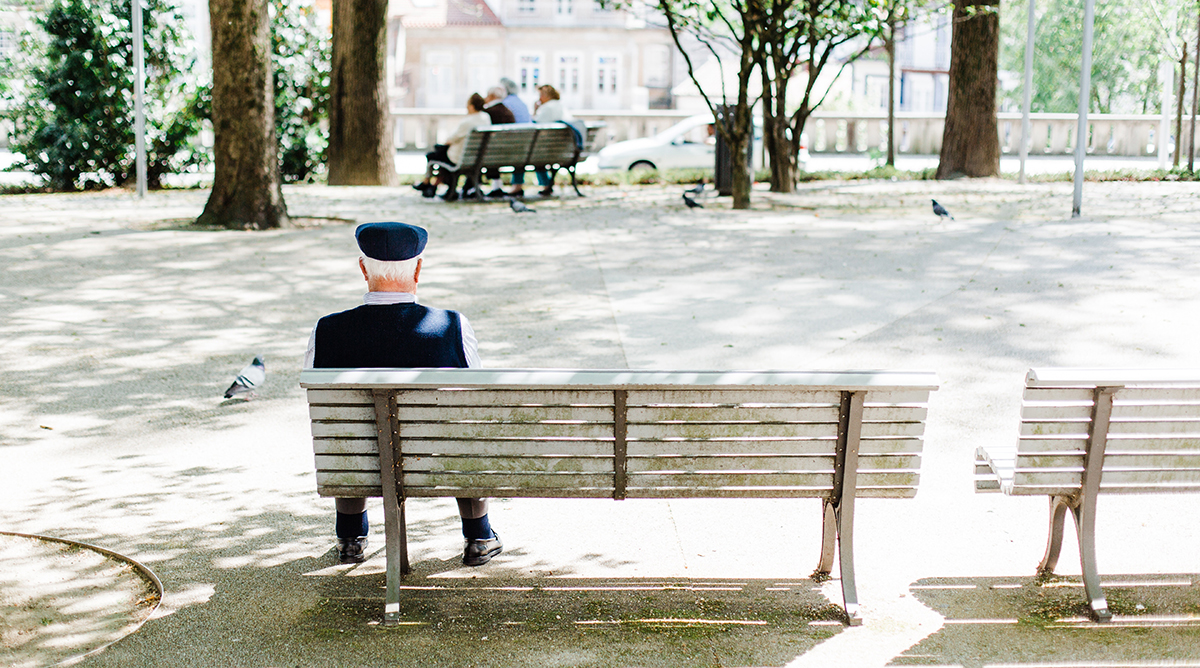 It’s getting harder to get older in the United States, and finding an affordable place to live in the community you’ve spent years in may be next to impossible. Kids are out of the house, you are ready to retire and downsize from the expensive to maintain the single-family home that you’ve lived in. Hopefully, the combination of the small pension or retirement plan that you’ve been socking money away in and social security will see you and your spouse through your remaining years and allow you to enjoy that time together. Your plan is to move into a rental apartment in the same community where you have spent so many wonderful years. Unfortunately, there is nothing anywhere close that you can afford to live in on the fixed income you have to work with.

Or maybe you are an older adult with special needs. You have been helped by your family in the past, allowing you to live independently in the community that you are familiar with and where people know you. Unfortunately, those caregivers are no longer around, or can no longer help you themselves. Where do you go?

After a decade of decline, the demand for rental housing has soared. The number of households renting jumped by nearly a third from 2004 to 2016, and households headed by adults aged 50 and older accounted for half of the increase. According to the Joint Center for Housing Studies of Harvard University rising rentership rates among this age group lifted the number of older renters well above what the population aging alone would suggest.

As a country, we are not producing enough rental units to keep up with this soaring demand, and the burden falls most heavily on the poor, the working poor, and seniors living on a fixed income. The number of renters has grown at a pace that is just under one million a year. The number of new units being produced is about half that. The standard we use to measure how rent burdened someone is, is that their rent should not exceed 30 percentof their income. Using that measure, seniors are among those most rent burdened in our society. A study by the Pew Charitable Trusts indicated that 50 percent of renters 65 and older were rent burdened in 2015 as compared to 43 percent in 2001; and that includes 23 percent that were severely rent burdened, spending more than 50 percent of their income on rent compared to 15 percent in 2001. When people spend such a large proportion of their income on rent and utilities, they don’t have enough other basic needs, like food and medicine.

There is only one significant housing production program in our country today that can target this group, the Low Income Housing Tax Credit Program, a successful public/private partnership that has been producing 60,000 to 125,000 units for low-income populations since the Credit was approved by Congress as part of the 1986 Tax Act.

Age restricted rental projects that have been financed with tax credits, which anyone would be hard-pressed to distinguish from typical market rate units, can be found throughout the country. To qualify for a unit financed with Credits the tenant’s income must be below 60 percent of the US Department of Housing and Urban Development (HUD) published median income for the area, and the rent that can be charged (including utilities) can be no more than 30 percent of the median income. The Tax Credit program has produced thousands of units specifically designated for seniors, but perhaps no segment of the population is more in need of affordable housing than low-income seniors with disabilities – people who typically need additional services not found in a traditional multifamily project. Without a viable option, they will often end up in an expensive, institutional setting. Projects with supportive services not only provide the best home environment possible, they significantly reduce the amount of government funds that would otherwise be spent for care; they reduce the overall cost to taxpayers.

A great example of this type of senior supportive housing is Rotary Miller Avenue Senior Housing in South San Francisco, one of the most expensive housing markets in the country. Citi Community Capital had the opportunity to finance this 81-unit project, where all the units are restricted to seniors with disabilities. Though a demonstration non-profit program coordinated by a Santa Clara County sponsored non-profit, case management will be provided to coordinate supportive services to the tenants. These residents, referred to as a “dual eligible”, account for nearly half of Medi-Cal’s highest cost patients, and nearly 75 percent of the $4 billion Medi-Cal spends on long-term care.

Senior projects with supportive services like Rotary Miller, as well as simple age-restricted projects that have used the Low Income Housing Tax Credit program are making a small dent in the supply needed for senior housing. Broad support for the program was demonstrated in December 2017 when it was one of the few programs to survive the recent change to the Tax Code. It was further enhanced by the Omnibus Tax Bill passed by Congress in March 2018. The financial services industry and government agencies like Fannie Mae, Freddie Mac, and HUD will continue to support this type of project and the development community who focus on the production of senior units.