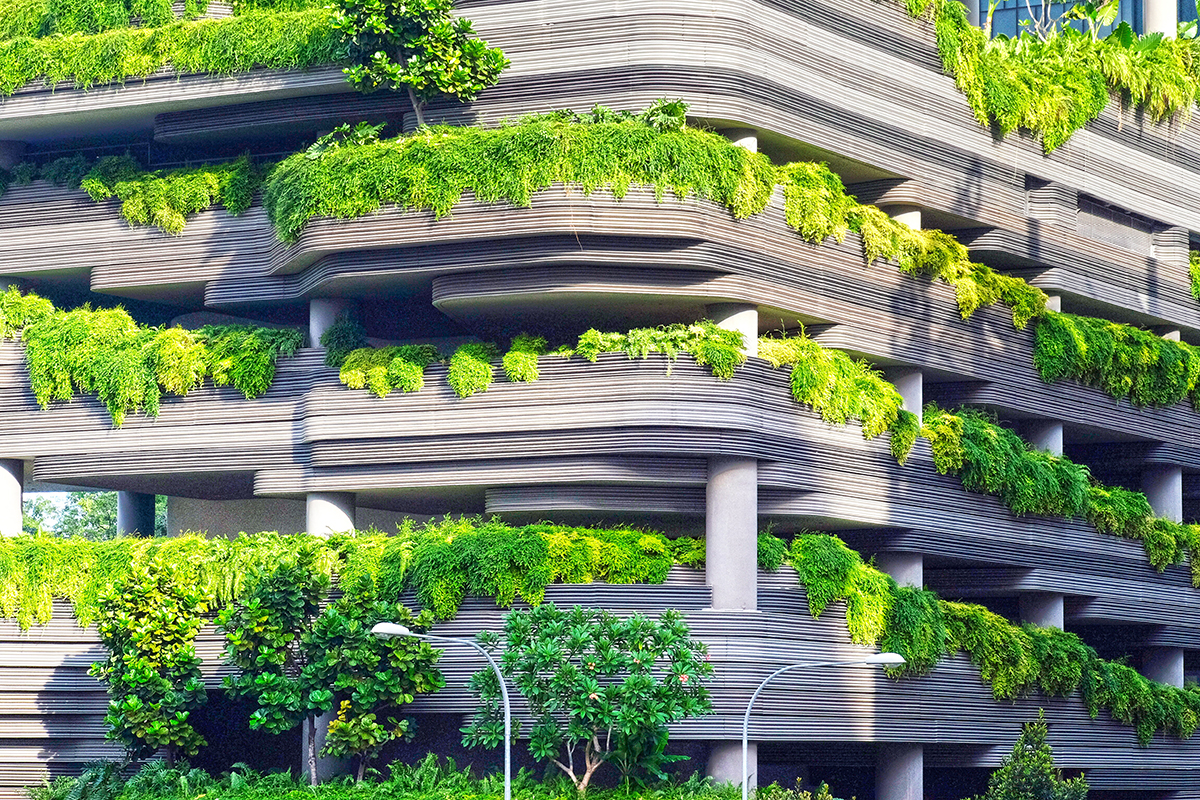 The housing crisis is global in scale. An estimated 3 billion people will need new housing by 2030, with some experts estimating we will need to build as many houses as have ever been built in human history. Yet, every new house has a carbon footprint that stretches the length of the supply chain and the lifespan of the house. In an age of climate emergency, how can we solve the housing crisis while also being mindful of our impact on the environment?

Though the adoption of green housing practices will not solve the climate crisis on its own, it should at least try to not make things worse. Due to the urgency of climate action, all new affordable housing developments should follow a simple set of principles to minimize their impact on the environment.

Move-on up. Most new housing units need to be built in urban areas. By 2050, 68 percent of the world’s population will live in cities. Because cities are denser, new housing should, in theory, use less land. However, this is not always the case. Though many cities around the world, from New York to Shenzhen, have eagerly adopted vertical housing, others have been more resistant. From Port au Prince to Port Moresby, many developing cities still promote single-family construction which contributes to urban sprawl and does little to solve the housing crisis. These cities have been slow to adopt the enabling legislation needed to build vertically through condominium laws and zoning ordinances. As they continue to grow horizontally, land and infrastructure costs increase, pushing housing prices upwards and adding time to commutes. Verticality in cities helps make housing more affordable while halting the destruction of agricultural land and wild habitats, and reduces the impacts of transportation. Policymakers should urgently consider promoting vertical housing before their city’s footprint becomes unmanageable.

Think ahead. Though low-income households may have fewer energy needs today, we need to consider their economic growth over time and embrace the fact that soon a majority of households in the Global South will be using computers, refrigerators, and air conditioners. We need to design houses that reduce today’s and tomorrow’s footprint and take into account the life-cycle costs of water and energy consumption. This can be difficult to determine as local green building standards are still a rare occurrence and the construction sector is rampant with greenwashing. Fortunately, tools such as EDGE are being developed to enable developers, financial institutions, and policymakers in emerging markets to easily calculate each home’s impact on the environment and develop solutions to reduce it. These measures actually reduce the utility costs for the households and help promote housing affordability.

Build to last. With cement production being one of the largest carbon emitters in the housing supply chain, we need to ensure that it is not squandered on poorly designed and built homes. Too often housing projects are demolished after a few decades of use due to poor design and neglect creating unlivable communities. Our buildings need to be built to last for generations. In an age of greater climate hazards, we also need to invest in resilience. Natural disasters, made worse by climate change, destroy billions of dollars of property every year, including homes. In Haiti, on top of the human and economic losses, over 10 million cubic meters of debris was left by the 2010 earthquake, creating a massive environmental headache. Resilience does not necessarily have to be expensive, but requires planning and supervision. These additional efforts are especially important when government funding is involved and policymakers should no longer subsidize affordable housing which will soon become obsolete either due to poor design or poor construction.

Building more does not need to be in contradiction with our climate goals. Green housing practices and affordability can go hand in hand. However, we do need to drastically change our housing policies if we are going to house future generations and tackle the environmental crisis. Policymakers worldwide should urgently adopt practices that will enable us to overcome these two major issues and show that housing does not have to come at the expense of the environment.