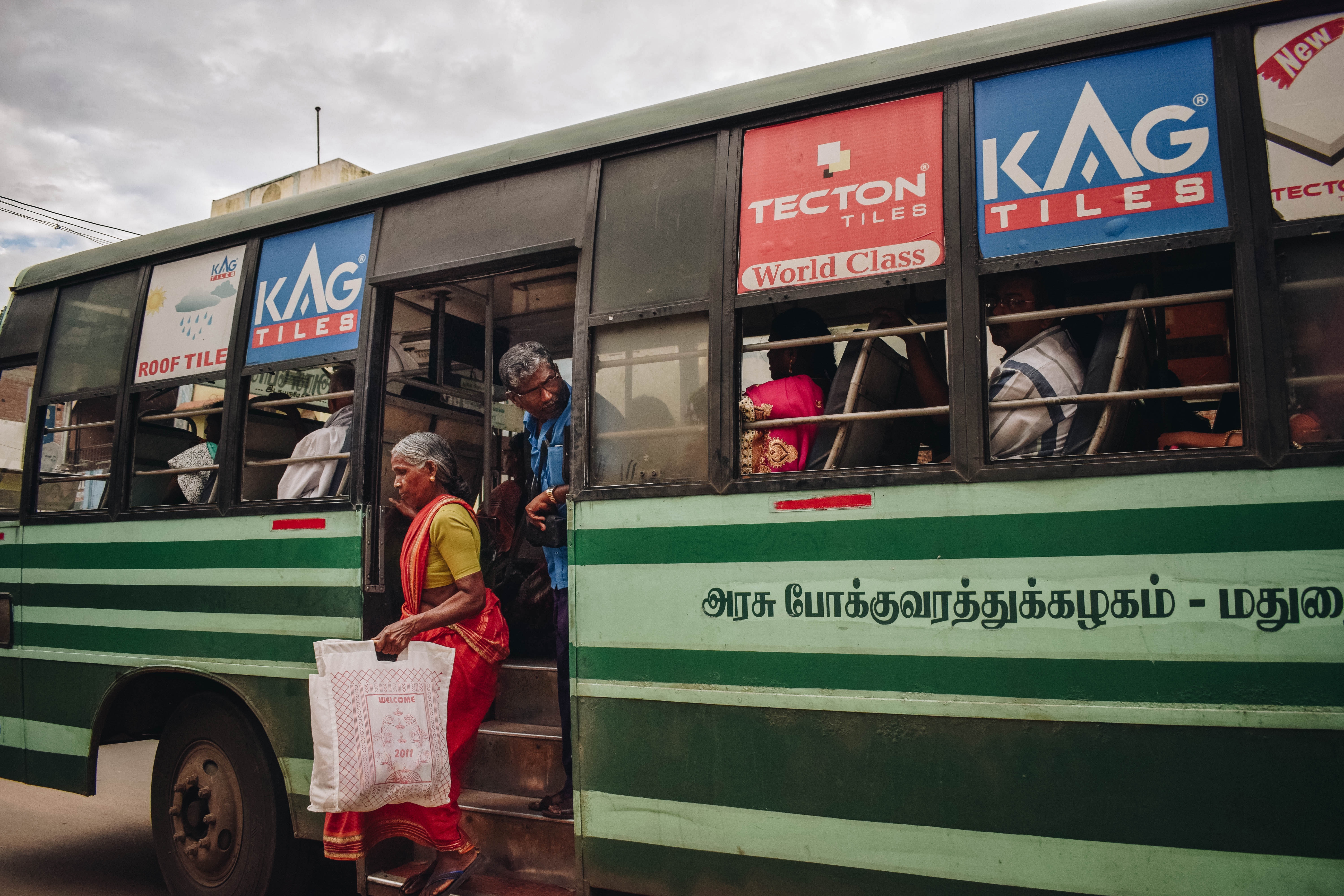 Transport is not gender neutral. In a multi-modal way, women walk more, rely more on public transport, their trips are shorter, and at off-peak hours. Women’s travel patterns are mainly dictated by the care economy; where they travel with children, elders, bags, and conduct errands. Evidence from Argentina shows that on average men and women’s commute time is roughly the same, but women travel at slower speeds and cover shorter distances. This means women travel at a slower pace, which leads to lower productivity. In Colombia, women with low-income face extended travel time and spend a higher percentage of their income on transport compared to men in identical social groups.

In addition, women are exposed to sexual harassment in public transport and related spaces. Around 80 percent of women are afraid of being harassed in public spaces. According to the International Labor Organization, lack of access and safe transportation reduces women’s participation in the economy by 16.5 percent.

Improving women’s access to safe transport is fundamental to closing the gender gap in employment. It is impactful in shaping society and economic growth and essential towards achieving the 2030 UN Sustainable Development agenda.

A holistic approach should be considered when addressing women’s mobility and accessibility in the context of economic opportunities. Below are ideas on topics and key areas of focus:

Designing gender sensitive infrastructure requires a consultative process with women to understand and address their specific needs – one of which being safety concerns. The city of Vienna, Austria has translated women’s mobility differences and needs into relevant infrastructure and traffic planning: Stations and waiting areas were redesigned to provide ample visibility of the surrounding area, systems were simplified to become more user-friendly, route pavements became wider, and footpaths were added.

Mindful designs are not limited to Organization for Economic Co-operation and Development (OECD) countries. Safetipin is a mobile application developed in India that allows its majority female users to record their perception of safety. They do so by collecting information on lighting, openness, visibility, crowd, security, walk path, availability of public transport, and gender diversity of passersby.

The method behind Safetipin is called a safety audit. Safety audits rely on data gathering from users to provide authorities with recommendations for ways to increase personal security. By de facto, it also enhances women’s sense of public space ownership.

In order to increase safety among female public transport riders, countries such as Mexico, Brazil, India, and Japan have promoted women-only cars. This approach could be a short-term solution to increase women’s mobility in places where they constantly suffer sexual harassment and assault.

However, it does not address the roots of violence against women. There is a need for more innovative and holistic approaches to improve gender dynamics – such as community interventions in transport systems – that show transport users and operators ways to intervene in case of harassment.

2. Understanding the user: the decision to move can go beyond good transport services and infrastructure

Besides bringing women’s voices into redesigning public transport, it is relevant to understand women’s mobility barriers outside of transportation structures. A study in Mexico City showed that a lack of affordable nearby childcare services and fear of the unknown made women unwilling to travel, despite the existence of accessible transport service. The constraints on women’s mobility are multi-faceted and the solutions will need to be equally multi-faceted and cross-sectoral. Such solutions must include out-of-the-box approaches like geolocating childcare services to increase women’s mobility.

According to the Harvard Business Review, women make up 20% of engineering graduates and nearly 40% of women who earn engineering degrees either quit or never enter the profession. As a result, transport services remain heavily male-dominated. It affects how women’s voices (as roads and road transport users) are heard. Little incentives for transport services respond adequately to the needs of women service users. Evidence from Rwanda and South Africa shows that an increase in female lawmakers positively correlates with progressive legislation that addresses women’s needs in mobility. Similarly, exposing young girls to STEM fields and promoting paid internship programs through transport agencies can be transformative entry points.

An integral approach is necessary to increase women’s mobility and access to economic opportunities. It would need to take into account the triad of infrastructure design and transport services suitable for women’s needs and decision-making process while taking into account the mobility barriers for women’s agency.

Women should live free of the threat of harassment and violence in public spaces. They should have options for mobility that meet needs in security and economic opportunities; A structure that can empower them to make the best use of their time, not only on International Women’s Day but on every day of every month of every year until harassment of female riders stops being normalized and starts being penalized. Transportation should no longer be a system that disenfranchises women. It should be one that empowers them up to the point where designing with female users in mind is not exceptional but conventional.