We Cannot Build Ourselves out of the Housing Crisis

The policies and resources currently dedicated to addressing affordable housing fall devastatingly short of meeting the need. Today, nearly half of all renters in the U.S. are paying an unsustainable portion of their income on rent. At the same time, an astounding 54 million spare bedrooms sit empty every night in the U.S. Many of those spare rooms reside in the homes of single older adults and empty nesters (U.S. PUMS Data).

The U.S. is aging at an unprecedented rate. Relatedly, the number of spare bedrooms in the homes of older adults is increasing. By 2035, one-third of the housing stock will house people over the age of 65, and half of those households will be a single person. While 90 percent of adults today say they want to age in their current homes, many common barriers exist to doing so, including fixed and limited incomes, increasing home maintenance costs, rising property taxes and declining social networks.

It was not always like this. Throughout American history urban newcomers, including young and unmarried workers, commonly lived with older couples or widows. Scholars estimate that in the late nineteenth century as many as half of all urban Americans spent part of their lives as boarders or hosts of borders. At the turn of the century, concerns around overcrowding sparked public health campaigns that virtually eliminated the efficient, popular, low-cost housing solution by the 1930’s.

The rise of the sharing economy, shifting demographics and the constrained housing market make a return to intergenerational home-sharing a timely solution to the affordable housing crisis. As such, I co-founded Nesterly— a social enterprise that leverages technology to make it safe and easy for today’s older households to share an extra room with a young person seeking a place to stay for longer than one month. The younger person can exchange basic help like grocery shopping, dog walking, and meal preparation for lower rent. In exchange for opening their homes, households gain monthly income and help around the house. They can also develop real connections and even friendships with their younger tenants. At a time when age segregated communities and social isolation are reported at higher rates than ever before, this opportunity for meaningful intergenerational connection is especially important. 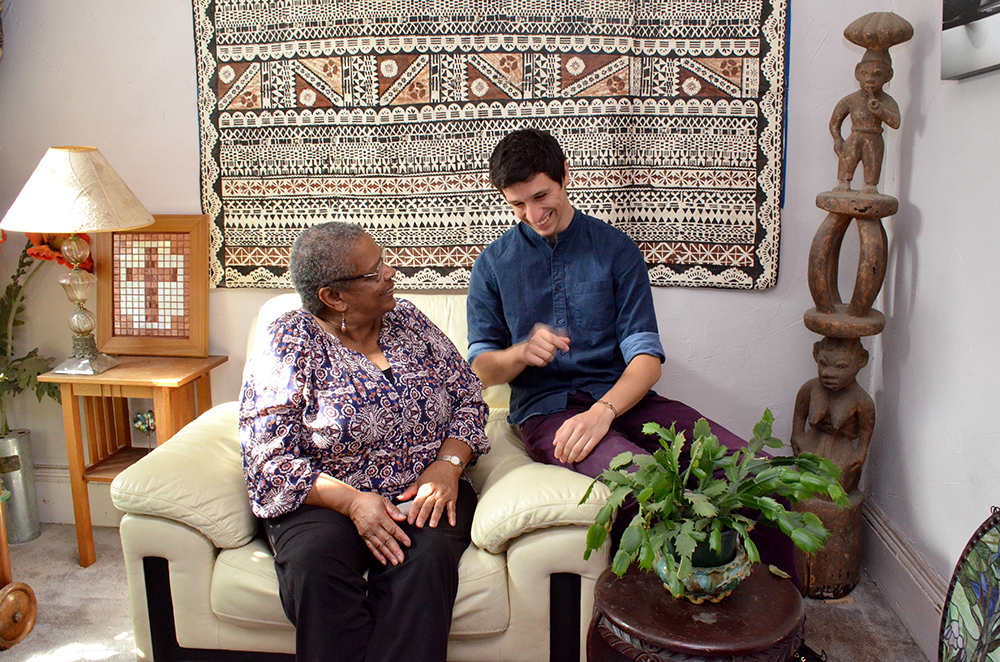 The potential impact of this solution for cities is profound, especially at a point in time when the cost of constructing new units of affordable housing is becoming increasingly inaccessible, ranging anywhere from $100,000 to a reported $800,000 per unit, and overall public investment in housing continues to decline. By allowing our fastest growing population to easily and safely rent out a spare room, Nesterly can help unlock millions of much needed new units of affordable housing at no cost to the public.

Unsurprisingly, cities have responded with overwhelming enthusiasm and support, starting with our first partner the City of Boston. In 2017, together with the City we launched a successful pilot that we are now expanding across the Boston region. Thousands of users have joined Nesterly and our community continues to grow each day. In June, Nesterly was one of five civic innovation companies selected from across the country to present at the US Conference of Mayors and was voted a winning project by the 250 mayors in the room. 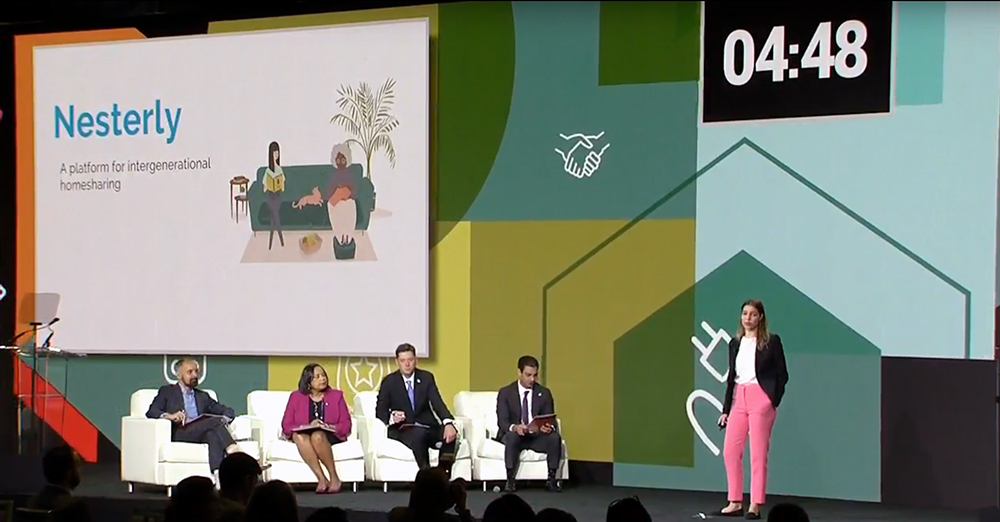 By looking back in urban history, we were able to usher a new solution forward; one that helps young people access affordable housing near jobs and opportunities, but also helps ensure people like my parents and grandparents age with choice and dignity. Today my team and I are working hard to bring Nesterly to communities around the world who could benefit from this scalable, low-cost solution. In doing so, we hope to help create a world where housing security is not just for the privileged, it is for everyone.

Noelle Marcus is the Co-founder and CEO of Nesterly, an award-winning platform for intergenerational homesharing. Her career has focused on building equitable cities through civic technology, entrepreneurship, public policy, and economic development. Over the past decade she has worked within and for cities around the world including Athens, Bogota, Boston, Detroit, Kampala, Kansas City, Oakland, Mexico City and New York. She is graduate of MIT’s Masters in Urban Planning program and received her undergraduate degree in Political Science from Barnard College.

When Construction Is the Easiest Part of Housing Development

Making Homes More Affordable by Tailoring It to Their Future Owners: A Paradox?

Getting Creative and Building an Inclusive Community

Affordable Housing – A Precondition for a Healthy Society

Zoran Janković
Mayor of the Municipality of Ljubljana, Slovenia

Affordable Housing Is Not Someone Else’s Problem

Housing as the New Regional Infrastructure

The New Cohort of Homelessness

Bring Back the Mom & Pop Landlords for More Affordable Housing