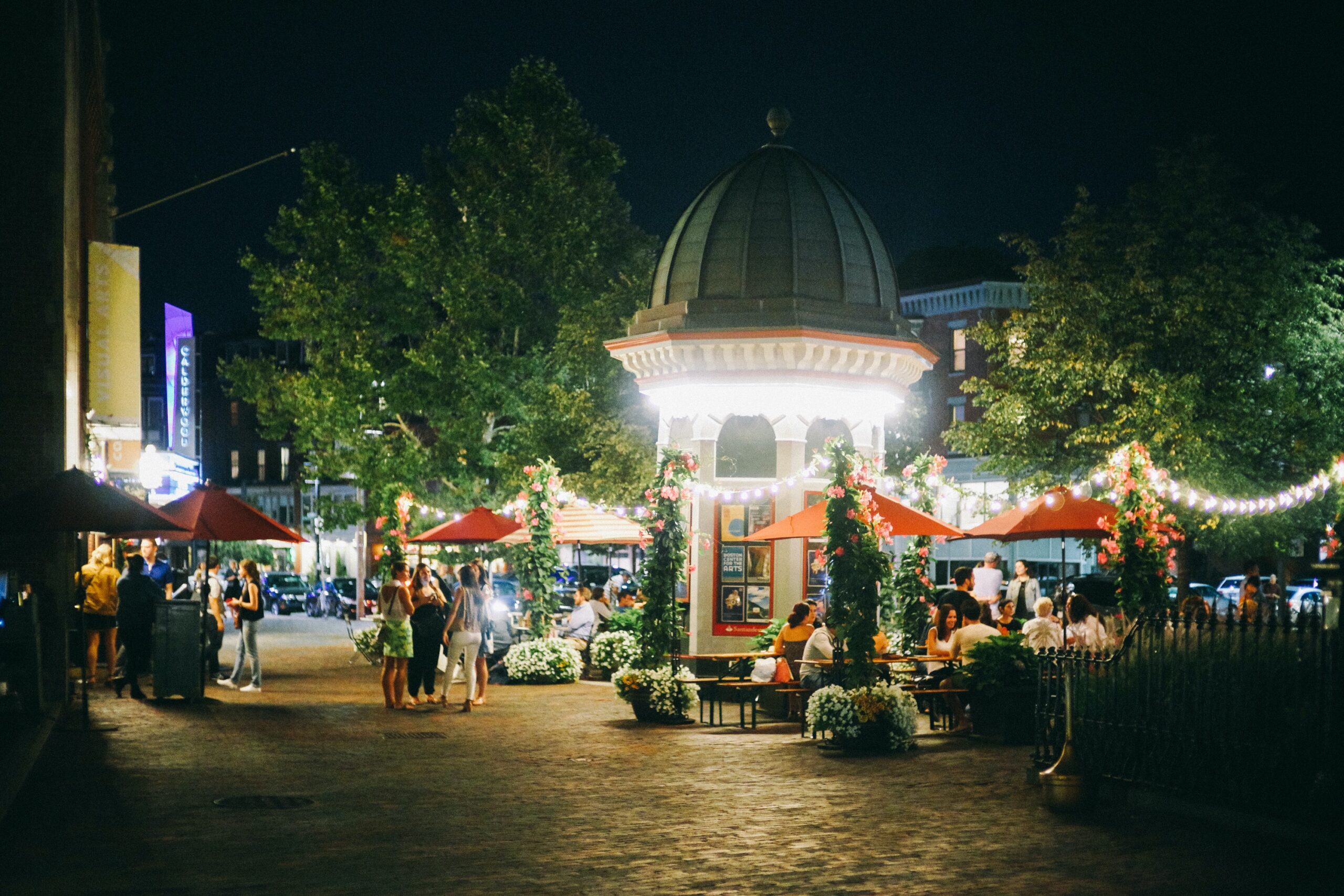 This summer, even more than last, people around the world suffered the consequences of a warming world. From an exceptionally early start to the heat waves in India to lethal bouts of extreme heat in Western countries, including the UK, Spain, and France.

Countries and cities across climate regions are choosing to adapt lifestyle patterns to avoid the daytime heat. Practices synonymous with warmer climes such as the afternoon siesta are making their way to temperate regions. This year, in the UK, The National Trust adopted Mediterranean working hours for staff and volunteers, with the day starting earlier, finishing later and including a long lunch break to allow workers to avoid the worst heat of the day. We should be getting ready to live more by night. Night is a natural antidote to daytime heat, and it already exists, and it is free. The actuality of nighttime activities, now and in the future, is changing. Why? Because, as the world heats up, we will doubtlessly move in that direction, living more at night.

Geographic context plays a significant role in determining the costs and benefits of nighttime living. The Expo 2020 Dubai held in the United Arab Emirates, was an extraordinary display of global responses to the many challenges climate change presents to the planet.

Of course, the creativity and initiatives on display relate mostly to the geographical context of the Expo, full-on desert: hot and dry. One of the most impressive exhibits was Grimshaw’s Sustainability Pavilion “Terra” that sourced energy from the sun to cool the built environment. With a plentitude of sun, the Expo captured much of its energy through solar panels atop “Energy Trees” that also provided shade. Similar shading techniques are becoming more commonplace in north Africa, southern Spain, and elsewhere in super-hot climates.

However, technology alone is not always sufficient to make the planet’s extremely hot spots habitable and comfortable around the clock. Hence, why Expo 2020 remained open until 2:00 am allowing for circulation and activity to take place in the cool of the evening and nighttime.

It is not as if we haven’t already been living at night, extensively and internationally. However, life at night hasn’t, so far, been connected to the unparalleled climate changes of today. The dark of night has been the magic hour for nighttime markets, sporting events, art and culture, theater, parties, and more. But, relocating the more quotidian activities of education, work, and play into the broad, cool evening environment would be advantageous.

Living by night is not a new concept for cities in the global north and south who are already accustomed to seasonal darkness. Everyday life in the south includes a late night dinner, which can be a picnic with a visit to the night bazaar, defined by warm temperatures. In the global north, during the winter months the gloom lengthens – as much as 18 hours in the far reaches — and candles appear in windows as life activities adapt to darkness. An emerging after-dark culture in temperate zones where life in public space – whether for work or leisure — is lived primarily during daylight hours is upon us due to high-heat atmospheres. Before this condition becomes late and all-night, designers suggest that a holistic approach to town and city spaces be creatively envisioned.We would argue that humanistic after-sunset spaces are needed now – for essential workers both blue and white -collar.

One major reason for under-occupying the night has been the lack of available and affordable public lighting. Enter LEDs, Light-Emitting Diode sources and fixtures which are miniaturized, low wattage and low maintenance. LED-sourced illumination has reduced capital cost while, in recent years, increased quality. Designed properly this technology allows de facto energy and carbon reduction, generates systems with networking potential and raises the possibility of localized aesthetics and atmospheres when combined with community engagement.

A number of phenomena are converging that will result in an obvious but under-recognized reality: we are increasingly going to occupy the night. So, what are the unintended consequences of a world lived by night? There are social and health issues. It turns out that the ability to turn around the day to night rhythms is on one hand disruptive, and on the other hand highly personal with some individuals and families able to adapt and even enjoy the reversal and others living with continuing exhaustion. In 2021, the Light and Health Research Centerwas established in New York to investigate topics such as “light at night,” sleep and circadian rhythms, and “shift work.”

Inequity has many faces when it comes to the nighttime environment. The “transportation pink tax” cites skewed expenses for women taking public transit, such as lack of available child care, late night groceries and meals, safe respite and shelter throughout the after-work and working night hours is an issue that could be addressed in an innovative agenda for nighttime research.

In one study, “Addressing violence and harassment against women in the world of work” key issues are danger, assault and sexual harassment “particularly affecting women working shifts and having to travel by foot or public transport in the dark or late at night”. And this is notwithstanding anticipated time customs which will enlarge night work because of heat.

For example, in New York City’s Bronx, the near-adjacent Morris Park and Hunts Point are quintessential 24-hour working districts. The former is home to half a dozen hospitals, and the latter, the location of a significant food distribution complex with four markets. Neighborhoods like these are ideal locations for designs that privilege safety for the first and last mile between work, public transportation and home, joyful design that encourages walkability, legible lighting schemes and amenities for second and third-shift workers. For example food service with reversed menus like breakfast at 11 pm and dinner at 6 am as well as respite such as seating areas for the exhausted.

Let’s begin investigation and research while we have some slack to do so rather than wait for the inevitable dark, hot dystopia to descend upon us. This is a call for pilot designs sited in underserved public spaces to benefit people now. As envisaged, nighttime placemaking and place-keeping pilots would provide feedback about mobility, psychological perceptions, pedestrian collisions and nocturnal fears. We call this the Nighttime Work-Play-Life Research Agenda.

From an urban planning and design lens, we advocate for a funded, robust, research agenda to analyze the many factors to be considered for the future life at night. These elements are dynamic and consequential to conserving energy, reducing emissions, and most importantly not only preserving but improving our quality of life.

London and Sydney have generated high quality studies and resources that point to the future of city nights. Both metropolises have focused on policy related to 24-hour cities for several years. The London Mayor’s Officeincludes 24-hour guidance, women’s night safety, nighttime transit and infrastructure, and a recent lighting study. Australia’s New South Wales Treasury Office issued “Sydney 24-hour Economy Strategy” just before the pandemic shutdowns.  This comprehensive document states, “We are working with councils, businesses and the community to build vibrant, diverse, inclusive and safe 24-hour economies in CBDs across Greater Sydney.”

As in any city-based research initiative, nighttime studies are not a “one size fits all” undertaking.  Cultural and pragmatic, time honored traditions and public space practices of the global south play out in the cool of night. The global south environment will change in its own ways while the current conditions of these warmer climes will be increasingly visited on the global north. It is time to prioritize creative planning for a new dawn… the other side of day.